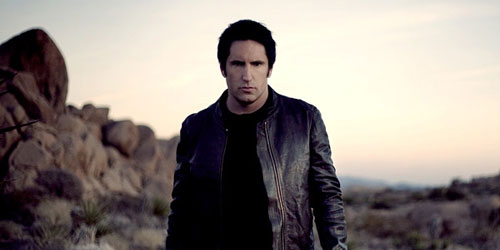 Hailed as one of the most innovative figures, web 2.0-wise (and not only, of course), the highly controversial NIN frontman Trent Reznor deleted his Twitter account recently, on which he was followed by tens of thousands of fans, dying to get a glimpse of the real Trent. Quite the proper word – followers – considering Trent’s fans could easily be considered a cult movement. Some were thrilled by Trent’s use of twitter, while many were bluntly dissappointed by Trent’s big mouth. Let’s face it, the man’s an ego maniac, it’s no news. Trent is an incredible artist, any NIN fan such as myself will tell you that, but when the man opens his mouth, it’s hard not to think of him as any less of douchbag.

Heck, now that I think of it, think it’s for the best he’s not on twitter anymore. The things he used to debitate there could have made your eyes bleed. I’ll give him credit though. He always knew how to use technology (see the last two albums digital releases) and he actually managed to raise almost $1,000,000 for a fan in need … over twitter! And who can now forget the awesome Chris Cornell bashing over twitter, which, like it or not, was evidently deserved.

A month ago he quit twitter for the first time, citing “idiots rule” social networks as the reason behind it, but then came back. This is what he said back then:

“I will be tuning out of the social networking sites because at the end of the day it’s now doing more harm than good in the bigger picture and the experiment seems to have yielded a result… Idiots rule,” writes Reznor. “When Twitter made it’s way to my radar I looked at it as a curiosity, then started experimenting. I thought it through and in light of where I was / am in my career I decided to lower the curtain a bit and let you see more of my personality. I watched some of you get more engaged because you started to realize there’s a person (flaws and all) back there, and I watched some of you recoil in horror because I’m not what you projected on me. All expected.”

What? Can’t handle a piece of your own troll medicine? Anyway, I’ve got a hunch Reznor will return to make his mark on social networks once more, be it on twitter again or on the next revolutionary social platform.