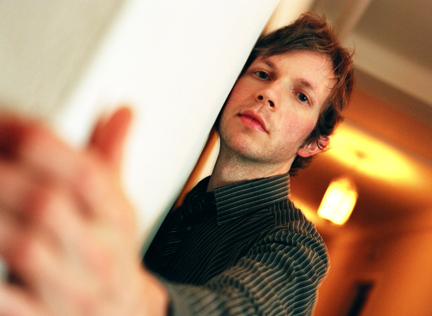 [tag]Beck[/tag] and his upcoming new album, “Modern Guilt,” is just a few weeks days away from its release date, and of course the teasers and leaks couldn’t stop either. This time, after Beck previously previewed the first single from the new album, the psychedelic “Chemtrails“, the ’60s revivalist artist, much to the delight of his dedicated fans, has just streamed another two tracks from Modern Guilt. First the electro-gaze infused, Beach Boys harmony packed “Orphans,” that also features a guest appearance from indie mistress Chan Marshall, second the Beatlesque, tambourine obsessive “Gamma Ray,” a song that just itches with groove (single material right here). That’s 3 out of ten tracks already revealed, anyone still up for surprises?

Anyway all three songs and a 30 second trailer of Modern Guilt can be streamed down at Beck’s official iLike page. Modern Guilt lands on the shelves on July 8th, or on July 1st if your local pub will get supplied with TouchTone jukebox. Starting on July 1st, over 10,000 Touchtone jukeboxes across the country will have the entire Modern Guilt available for beer soaking Beck fans, to find out if your neighborhood tavern will stock Modern Guilt early, use your cell phone to text BECK to 40411.