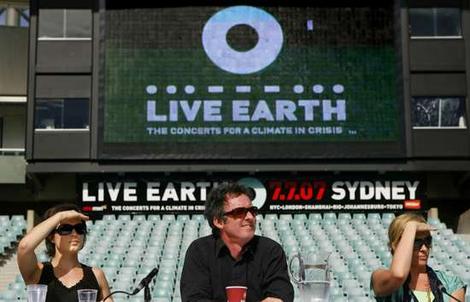 It seems that the Rio de Janeiro concert, part of the ample [tag]Live Earth[/tag] Festival set rock the world at 07.07.2007, is in serious jeopardy of not taking place, for security reasons.

Brazilian officials claim they do not have enough police staff to ensure safety for the swarms of people expected to take part at the hugh concert at the Copacabana Beach and that they have to cancel the event. Live Earth officials, however, are trying to ensure that the gig will take place and are using all their available resources.

A giant stage has already been placed on the Copacabana Beach, were a staggering 1 million people are presumed to attend; the free entry ( the other 7 gigs around the world require payment) assures a high volumed crowd. [tag]Lenny Kravitz[/tag], [tag]Macy Gray[/tag] and [tag]Pharrell[/tag] are a few of the big names that are said to perform if the concert goes through.

Live Earth officials have already lost a concert in their series of  9 vendors all around the world, after the Istanbul gig was canceled due to low interest from the countries officials and sponsors.