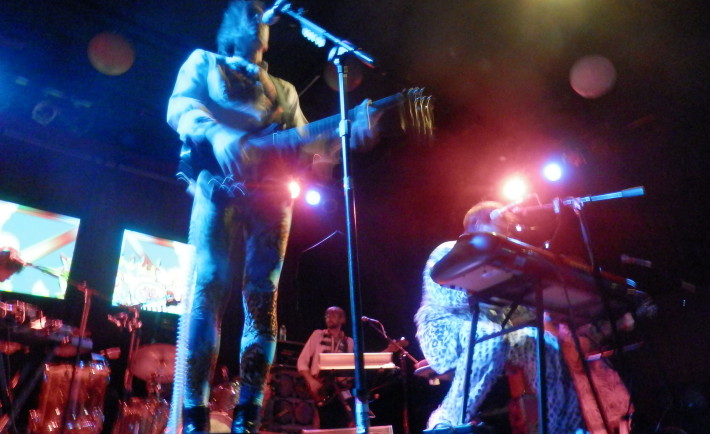 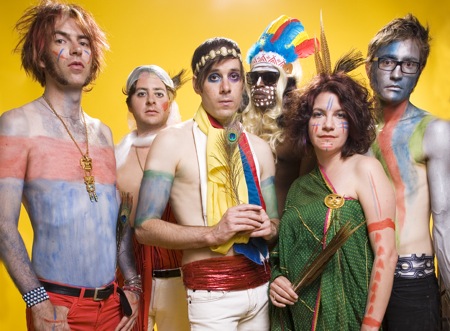 While walking into of Montreal’s show at the Plaza Orlando this past Friday night, a bevy of cruiser bikes tethered to a stop sign confirmed my suspicions: this is hipster country.  Against my instincts, I proceeded into the venue and was greeted my no less than 50 horn-rimmed glasses.  These flannel beasts chirped, chatted, and handed out business cards featuring their Tumblr account. My 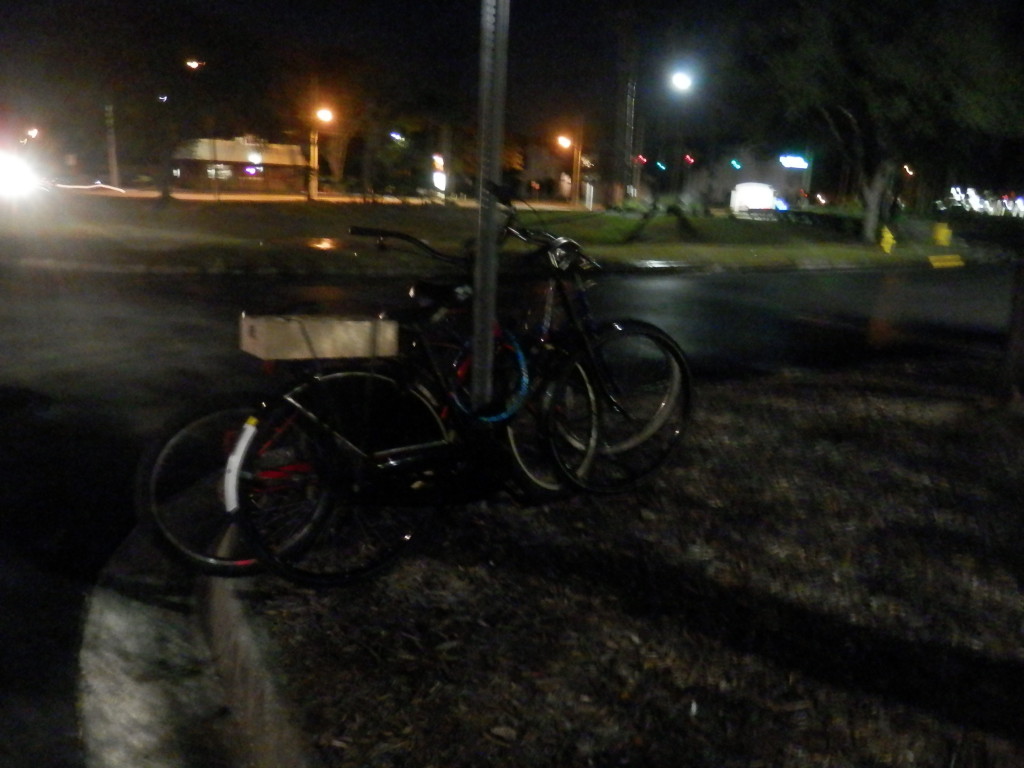 stomach turned each time I heard the word “Pitchfork”, and the loud complaining over the percieved lack of dark beer by the bottle initiated a slight migraine in my prefontal cortex.

After a slight wait, Levek, the opening act, sauntered unassumingly onstage and commenced their version of alternative rock.  Being a fan of this band for quite some time, I thoroughly enjoyed the show.  I was, however, a bit downtrodden when they failed to play their older tunes, which I vastly prefer (ha!).

Levek finished, and a brief intermission preceded the headlining of Montreal.  Their appearance surprised me a bit, but given the earlier events I certainly should not have been shocked.  Their frontman donned a pair of skin-tight multicolored leggings with a shirt that appeared to be a not-so-distant cousin of the poncho.  He was the most normally dressed person on stage. 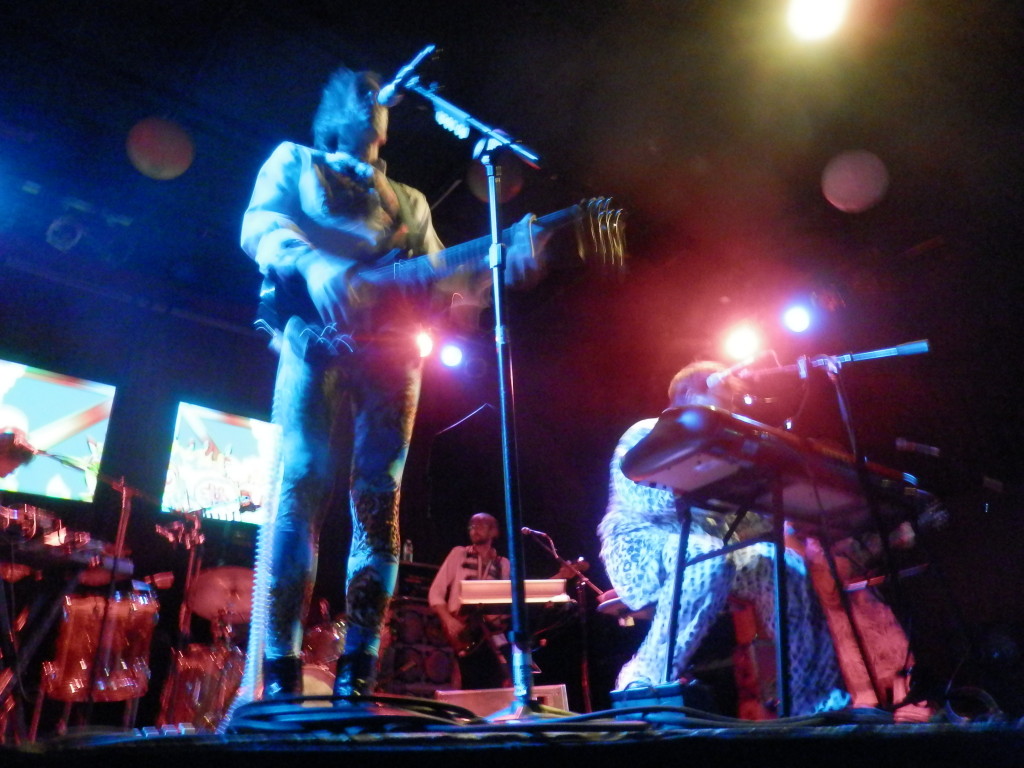 Other members of of Montreal included a fairy on keyboards, some sort of salesman on guitar, and a man in pajamas on another keyboard.  There were a few other bandmates, but I couldn’t get a good look at them because some pixie dust got in my eye.

What about the music?  Luckily, of Montreal doesn’t spend the entirety of their time playing dress-up; they’re pretty fucking good at playing music too.  Their unique brand of electro/funk/indie/pop is perfectly at home in the live setting.  You can always tell if a band has a lot of touring experience, and of Montreal were total pros.  Thumping rhythms and wailing falsettos filled the room completely and gifted the audience an energy that not all musical acts have the ability to transfer.  of Montreal got it live.

During the second song, a few special guests appeared.  About three “people” (which I assumed to be the band’s personal gimps) dressed completely in white tossed what appeared to be bundles of pterodactyl eggs into the crowd.  A few songs later, more masked personas graced the stage, the difference this time being that they were wearing gas masks.  I was entertained, but I couldn’t help wondering from what type of gas they were protecting themselves. 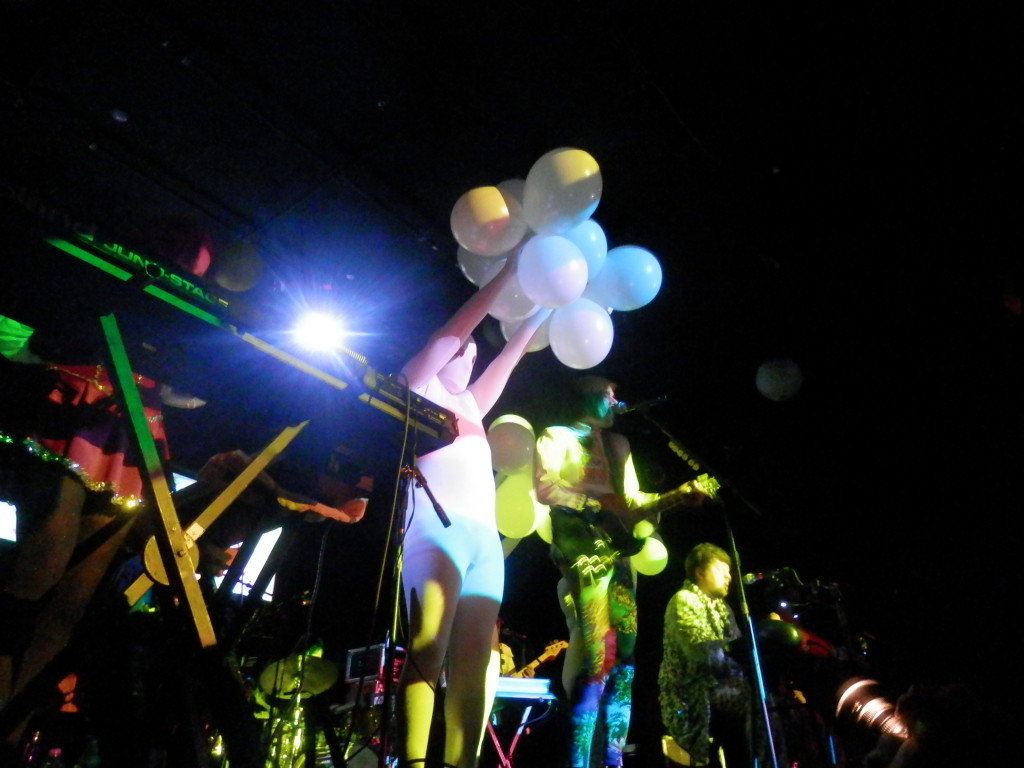 Maybe they were balloons

The show, and the live antics, continued.  I can’t tell you the song names, because I don’t know them.  I can say, however, that they rocked the shit and provided a great example of why concerts exist:  so people can get rowdy drunk, dance, and crowd surf.  I highly recommend checking out an of Montreal show, even if you haven’t heard much of their music.  It’s an experience all its own.