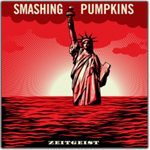 The [tag]Smashing Pumpkins[/tag] are back, or should I say [tag]Billy Corgan[/tag] is back, after a 7 year hiatus. The band was a ’90 alt legend, seconding in my opinion [tag]Nirvana[/tag] as alt kings of our times. During the years, however, something went terribly wrong; after their classics 2nd and 3rd albums “Siamese Dream” and “Mellon Collie”, the pumpkins were on a slump. Sure they’ve released great albums, but they didn’t managed to reach the classic heights of the last 2 mentioned, and they never will, it’s realistically impossible. Seven years have passed since their breakup, and 2 years from that highly publicized newspaper ad by Billy Corgan, i’d say it was rather a desperate cry for help, in which he announced the Smashing Pumpkins reunion, although none of the original band members were actually contacted, just the drummer Jimmy Chamberlain reacted and joined him, as he was already touring with him for Billy’s solo project.

“I want my band back”, Billy claimed in that ad, oh if it was that easy Billy; an ad that was actually posted in the same day with his solo project, “TheFutureEmbrace”, fact that led me to belive it was all just a publicity stunt. Billy did it though, he reunited the band… hm that’s rather a bad term, I’d say he reformed it, bringing in bassist Ginger Reyes and guitarist Jeff Schroeder, alongside drummer Chamberlain who has been loyally standing by Corgan for all these years, and releasing the 7th Pumpinks LP “Zeitgeist”.

This is not a Pumpkins album my no means , this is a 99% Billy Corgan album, it just feels like its just another Corgan solo album, the departeurs of D’Arcy and Ihra left an undeniable gap, that’s hard to fill. Zeitgeist has some hard rock influences then the previous, symphonic/alternative releases, many times taking them for the likes of Black Sabbath, but Corgan’s whinny voice reminded me whom i’m facing. It’s actually a far more darker album, with very few typical SP slow songs, with an anarchic/apocalyptic theme, which you tell from start by its cover (Designed by Shepard Fairey, it depicts the Statue of Liberty knee-deep in what looks like a rising tide).

This new SP theme is evident even from the debut track “Doomsday Clock”, with its huge driving guitars, the same style is preserved in the album’s single “Tarantula”, a track with great cascading riffs and sky-licking guitar. “7 Shades Of Black” is the classic hard rock track of the album. “Plume” or “Bleeding The Orchid” are catchy songs, but too repetitive and boring, I’m just at the 3rd listen now and I’ve had enough.“For God and Country” and “Pomp and Circumstances,” along “United States” are the album’s track that deal with much more serious themes, the united states government, it’s pop culture and it obsessive fixation for the wrong things, especially violence. Odd is one of the words that would describe “Pomp and Circumstance”, it’s very original and unlike anything I’ve heard from the Pumpkins, sounding like a Mario Nintendo game.

“Zeitgeist” doesn’t even compare to the Pumpkins’ earlier classics, especially since it doesn’t have James Iha and D’arcy Wretzy from the original lineup, valuable talents both and if they weren’t the Pumpkins I’d say this a solid album from a aspiring hard rock band, but they are and I had higher expectations. I will always love the Pumpkins and I will support anything Billy puts out no matter what he calls it, but this sounds like a mediocre Pumpkins cover band trying to write original material.