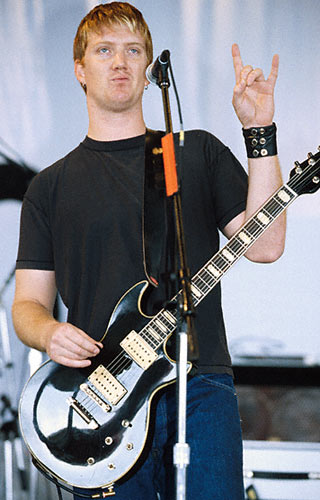 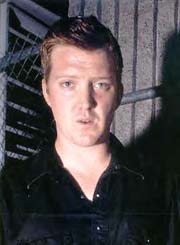 Josh Homme, the notorious frontman for the stoner rock band [tag]Queens Of The Stone Age[/tag] has reveled he has some serious medical issues, namely knee problems. Josh made some medical interventions on his knee in 2005, but it seems his pain has relapsed.

His knee issues could be clearly seen during this weekends T In The Park and Oxegen festivals, as was severely limping and using a walking stick.

Stereo Warning did a very interesting interview with Josh, right after he finished his set. A few questions were about his injury and about how he’s handling it.

Josh Homme: It’s mesed up bad. It hurts. I gotta go home and have surgery again. On stage it hurts a lot. I have at least 3-4 moments a set where it feels like boulders underwater, when they hit each other. It’s the only way I can describe it. But what do I do, go home? I gotta finish what I started. Everyone cancels all the time for hurting their finger and stuff like that, that’s not me.

Some really cool and informative questions were asked, so check out the full interview here.

Queens Of The Stone Age are nearly finished with their Europe tour and embark soon on a all American tour.