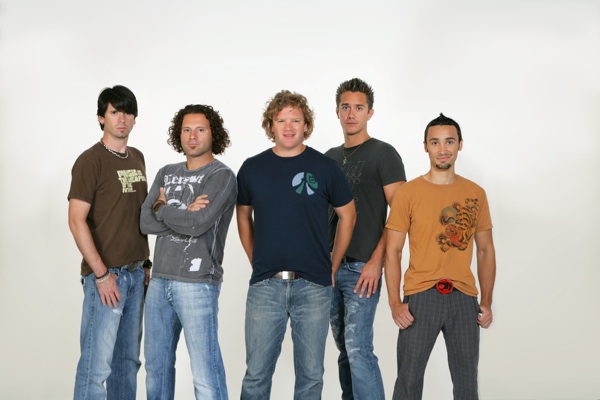 Ocean Street sound has been described as a “melodic collision of Southern-Soul and Songwriter-Rock” despite their honest sound that dismises any labeling. Not exactly a brand-new-smoking-hot outfit, the members of Ocean Street have been cutting their teeth for a long time in places like Tallahassee, Baton Rouge, Atlanta, Nashville and the shores of Panama City Beach.

I can picture this band performing any beach town in the world but, more than that, I can feel them filling the legacy of the most mythic boardwalks of an autumn tainted Jersey shore to a late summer Santa Monica’s pacific sunset.

Ocean Street have one album out which they claim, serves their live shows more than their live performances serve the album. But what an album it is: from the opening first beat of “Till I’m Gone” to the fading burst of “Hold On” and moving through the beautifully carved “Galvestown” to the heart-wrenching masterpiece “Cold“, this is an album that flows Americana to White Soul if there’s really such a thing as white Sam Cooke or a black Roy Orbison.

I had the privilege to listen much of these songs in other forms, even before the band picked the name from a line in one of their most famous songs. When you listen to a line about a girl that cried on the day that Jerry Garcia died, you know you need to pay attention.

These songs can grab you and take you to places, some outside, some well-known places and even some imaginary and dead real ones inside you. “I guess I just like the way you say my name” paints a canvas with a firm stroke in “Say My Name” that not only contrasts to whatever background is already in there, but also to what you’ve come to expect from honest diary entry ballads. These guys are just too good to be limited to a single 2007 album release. Give Andy Kropf some time with his own family vaults, show him old photographs and put a Louisville Slugger in his hands once again – we need another album very fast (although, who am I to say when I took 4 years to release a sophomore effort?).

In January 2005, I was in Barcelona and kept and early incarnation of “Cold” playing in my car radio for most of my inner city trips. I suspect these guys never been under the Catalan sunny winter but I can assure you, they captured this side of the Old World essence without leaving details behind. Perhaps that’s just because they can make a synthetic approach to everything that’s good and hopeful about American music. Perhaps it’s just that there aren’t that many straightforward honest and real bands out there.

An European tour is a necessity for these musicians and I’m up there rallying for it to happen but, in the meantime, you can catch their current Southeastern tour scheduled in their MySpace page.

Vitor is a portuguese songwriter and musician who occasionally contributes to assorted publications. He can be found either with a guitar and Moleskin notebook in his home studio or with a Mac computer in a nearby coffeeshop pounding keys in praise of the latest undiscovered music genius.

View all articles by Vitor Cunha