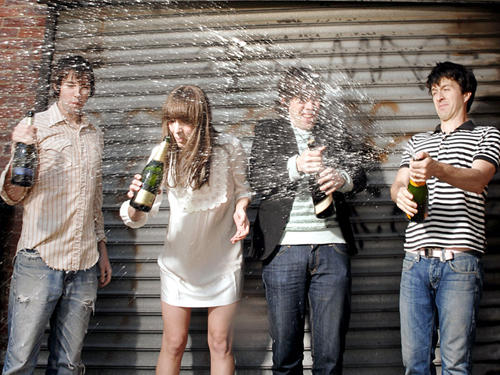 One my favorite indie-rock band, the Brooklyn trio Bishop Allen, is hard at work prepping their upcoming, third full-length studio release, “Grrr…” – a beautiful collection of 13 tracks, packed with bright melodies, bouncy bass lines and snappy guitars. After 2006’s ambitions project of releasing a new EP every month and the awesomely fun The Broken String, Grrr is gonna rock the house. Countdown to March 10, people!