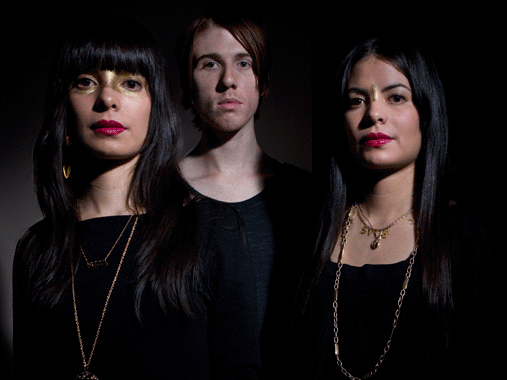 Yesterday, School of Seven Bells‘ sophomore release “Disconnected from Desire” finally got out, after years and years of anticipation following their critically acclaimed debut, “Alpinisms”. Speaking of which, Alpinisms still gives me the shivers whenever someone mentions it – a marvelous mellange of atmospheric sounds, space rock and krautrock influences arranged by  Benjamin Curtis (Secret Machines), while twin sister vocalists Alejandra and Claudia Deheza make sure everything comes into place in the most harmonious way possible. My only regret is that I didn’t get to listen to this record sooner. Disconnected from Desire follows more or less  the same path set by Alpinisms – honest and hypnotic. This doesn’t mean it’s the same either, instead I like to think that School of Seven Bells’ sound has matured – everything is sharper, more vibrant and emotional. Check out the indie dream-pop jam “Windstorm” of a fine kick start of the day or worthy initiation in the band’s music, however you want to look at it. [mp3 via irockcleveland]

Disconnected from Desire is out now via Ghostly International/Vagrant Records.