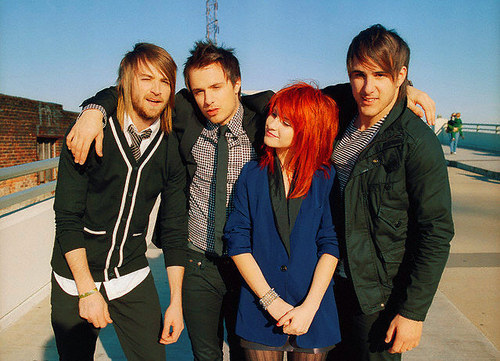 The pop (sort of) punk band finished recording their fourth album, as frontwoman Hayley Williams announced on her twitter:

Getting ready to walk out these studio doors for the last time. #album4

It’s already been three years since their past album, ‘Brand New Eyes’ in 2009, and for Hayley, this album is like “an answered prayer”. The band were working on the album in Los Angeles with producer Justin Meldal-Johnsen – who is most known for his decade-long collaboration with Beck, as a bassist.

It’s gonna be quite interesting to see how it turns out, especially since two founding members, guitarist Josh Farro and his drummer brother Zach departed the group in 2010 after quite some noise. Josh claimed the band was turning into a manufactured product, with Hayley a puppet in the management’s hands – something which actually many believe. This is gonna be their chance to prove they still have some stones and can play music – or prove Josh right.