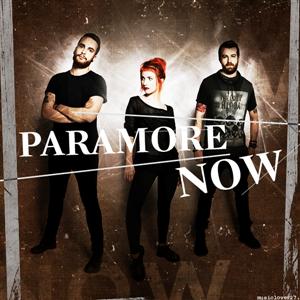 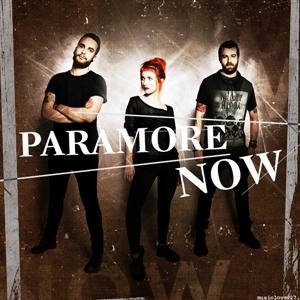 I just want to start this by saying that I really like this new Paramore video, it kind of gives me goose bumps. I have to admit that I am not a big Paramore fan, but this video really has to be seen by a lot of people. The message is very positive, kind of, people who fight for something, and in the end all is saved with the power of love actually. You have to watch it to see what I mean. The video for the song Now actually premiered on MTV first on 11th February, and now is all over the internet.

Hayley also talked to MTV about the video shooting experience:

We shot it somewhere off [Highway] 101, right off of it, in the middle of this field and there was a lot of dirt and rattlesnakes — which I never saw, thank God!…In this scene where I’m lying down, and Jeremy [Davis] comes up and grabs me, we shot that for about an hour, and I was laying there and I kept noticing these things jumping over me, and I realized they were biting people, and then I realized upon closer examination they were jumping spiders! That part was not fun.

She also talked about the relationship between the video and the song’s lyrics:

The idea of the song is reaching forward, moving forward towards something more positive, and I feel like we did come from a tumultuous time as a band, and we’re really trying to move forward…And that’s what the video is about: we were on this rebel team fighting for love, and there were these soldiers that don’t know about it, they come from a world of darkness so it was all about spreading that message and fighting for that cause.

And you have to admit it, the song is quite of cute too. Enjoy the video and share it!