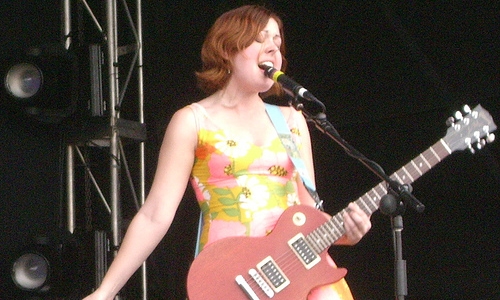 Who’s your favourite band ever?

Wrong: it’s Sleater-Kinney, those dearly-departed purveyors of punk, who ceased to be actively awesome almost four years ago. And now? Now there is more of it.

Courtesy of those skinny-jeaned scamps over at Pitchfork, this is “Riley” “Doubt”, our first glimpse into 1,000 Years the excitingly upcoming solo album from Sleater-Kinney’s Corin Tucker. Present and correct are the following elements: powerful punk guitars; an organ-and-handclaps-based breakdown; some searing solos; and most importantly, that voice. The one a lot of awful people were wrong to hate, and a special and wonderful group of people were very right to love. It’s bloody great, both in and of itself, and because it’s Corin Tucker making this kind of music again.