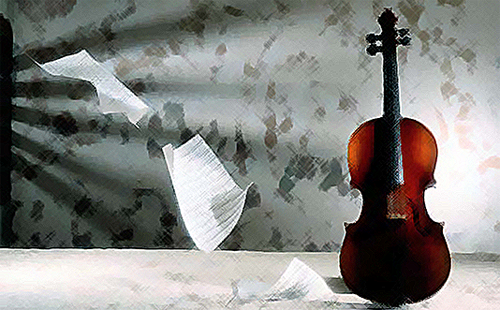 Spending too much time thinking about anything in particular is dangerous. So dangerous, it should quite possibly be illegal. Giving any amount of extended thought to anything rarely leads to a good outcome. Imagine if Hitler hadn’t been allowed enough “thought-space” to write Mein Kampf – wouldn’t that be wonderful? Hitler’s awful, demented thought process, brutally cut off before it could develop into an insane quest for Lebensraum, all because of some ridiculously ill-formed notion of thought policing. Also, imagine if Nick Griffin’s parents hadn’t been allowed contemplate conceiving for long enough to “make” Nicky.

Overthinking things can have effects on a scale less far-reaching than horrible racist political thingies, too. Reviewing, for example, is a dangerous game to get too involved in. Spend too much time evaluating anything, be it music, cars, hippos, or webcomics, and soon enough, you won’t be able to look at a hippo without thinking “Hmmm, that’s more of a 6/10.”

It becomes a burden, basically. Oh, sure, it’s all fun and games when the record companies are sending you free music and you’re getting into concerts for free. But soon, you’ll be stuck listening to a radio in some hellish waiting room, or watching MTV in some idiot friend’s house, and you’ll realise you can’t shut it off – not the music, nor the TV, nor the impossibly loud voice in your head shouting “THIS IS CRAP”.

Everyone around you will be innocently enjoying some unspeakably woeful video and you’ll be stuck in a private hell, torn between being a good person who knows when to keep your mouth shut, and being right about music. No more “Ah, whatever’s on is good” – now you’re like Frasier Crane trying to pretend his favourite wine vintage is “boxed”, and that, no, of course he doesn’t mind if his filet mignon is barbecued, before his inexplicably huge forehead explodes from the unbearable tension of it all.

David “Coyote Trax” Kirk and myself have often discussed the fact that, after reading so many webcomics and dissecting what makes them good, awful or Straubian, we’ve reached a point where every joke we hear goes through a filtering process in our minds, as if there’s a quality assurance plant built into our brains, and all humour goes onto the conveyor belt to be probed and invasively analysed. We don’t care if it’s good or bad: we care why. Laughter is hardly the end-goal: it’s joke-based enlightenment we’re after now. You can never go back, short of some odd partial-lobotomy.

The end result of all this nonsense is that I’ve had to go and find some kind of switch-off music for my brain, like a hypnotist’s keyword that can immediately turn my brain from being the highly-analytical mind of a cruelly elitist music crickit, into that of a recently Prozac-overdosed plebian. So naturally, I’ve turned to the kinds of music upon which I’ll never be forced, nor be anywhere near qualified, to bring my critical weight (all 14 soaking-wet kilos of it) to bear. Hello classical music, Arabian weirdness and Gregorian chanting.

It’s a weird state of affairs when I listen to classical music, because, when I put it on, I have no idea if what I’m listening to is good or bad. Hell, most of the time, I don’t know what I’m listening to at all – it could be Richard Wagner (who looks like Stephen Fry if he got angry in his Blackadder gear) or an Oscar Mayer weiner; Ludgwig van Beethoven or the soundtrack to Hedwig and the Angry Inch; Gustav Holst or Jeff Probst. I’m flying blind, or whatever the deaf equivalent is. I guess I’m a bat, flying around without it’s cool sonar sense, bumping violently and noisily into every metaphorical wall around me, but finding the entire experience somehow soothing.

It’s even worse when the Classic FM DJs try to explain to me what I was just listening to, but assume a greater amount of familiarity than I can handle. “And that, of course, was the second of Beethoven’s Piano Concertos, which are, naturally enough, nothing compared to his Triple Concerto, or his second Symphony, but still, any Beethoven is good Beethoven, right listeners? Except, of course, for his first experiment with the viola after he fell deaf, but we’ll prentend that doesn’t exist. Coming up next, you’ve been requesting it, and we’ve got it: sweet, beautiful Elgar.” I don’t know what any of that means.

And I don’t want to. The less I know about classical music – or the less I understand what in blazes those damn Gregorian monks are chanting about in Latin or whatever stupid dead language they’re speaking – the more I’m able to just sit back and enjoy the sound of it all without silently awarding Mozart 8/10 in my deeply broken brain.