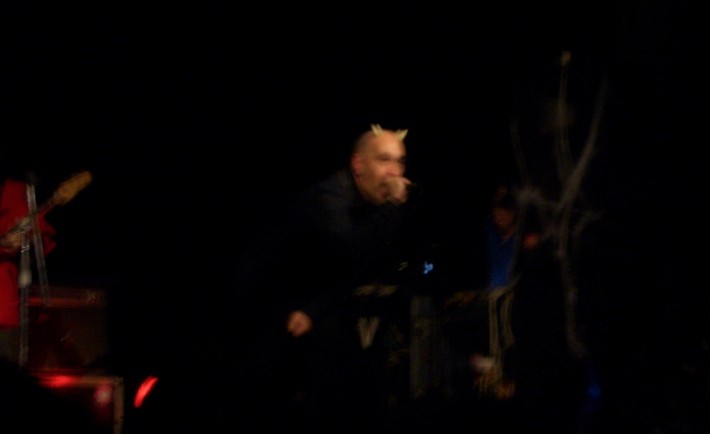 The Dead Milkmen, a Philadelphia quartet known for their quirky underground hit singles such as “Punk Rock Girl,” “Dean’s Dream,” and “Stuart,” spent years making an art form out of not taking things too seriously during their late 80’s heyday. Twenty years later, the world hasn’t forgotten them. There could have been little more proof of that than the string of sell out crowds at the sporadic reunion shows they’ve played since November 2008. On a rainy, shitty Halloween night this past weekend, they finally played a full-on headlining show at the Trocadero, their first in their hometown since the re-ignition of the band, and second in Philly since their mid-90’s dissolution. The prior Troc show was a tribute to their late bassist Dave “Blood” Schultise, who took his own life in 2004. Dan “Dandrew” Stevens, a former bandmate of Milkmen guitarist Joe “Jack Talcum” Gerano in the Low Budgets, filled in on bass then and is now their permanent bassist. 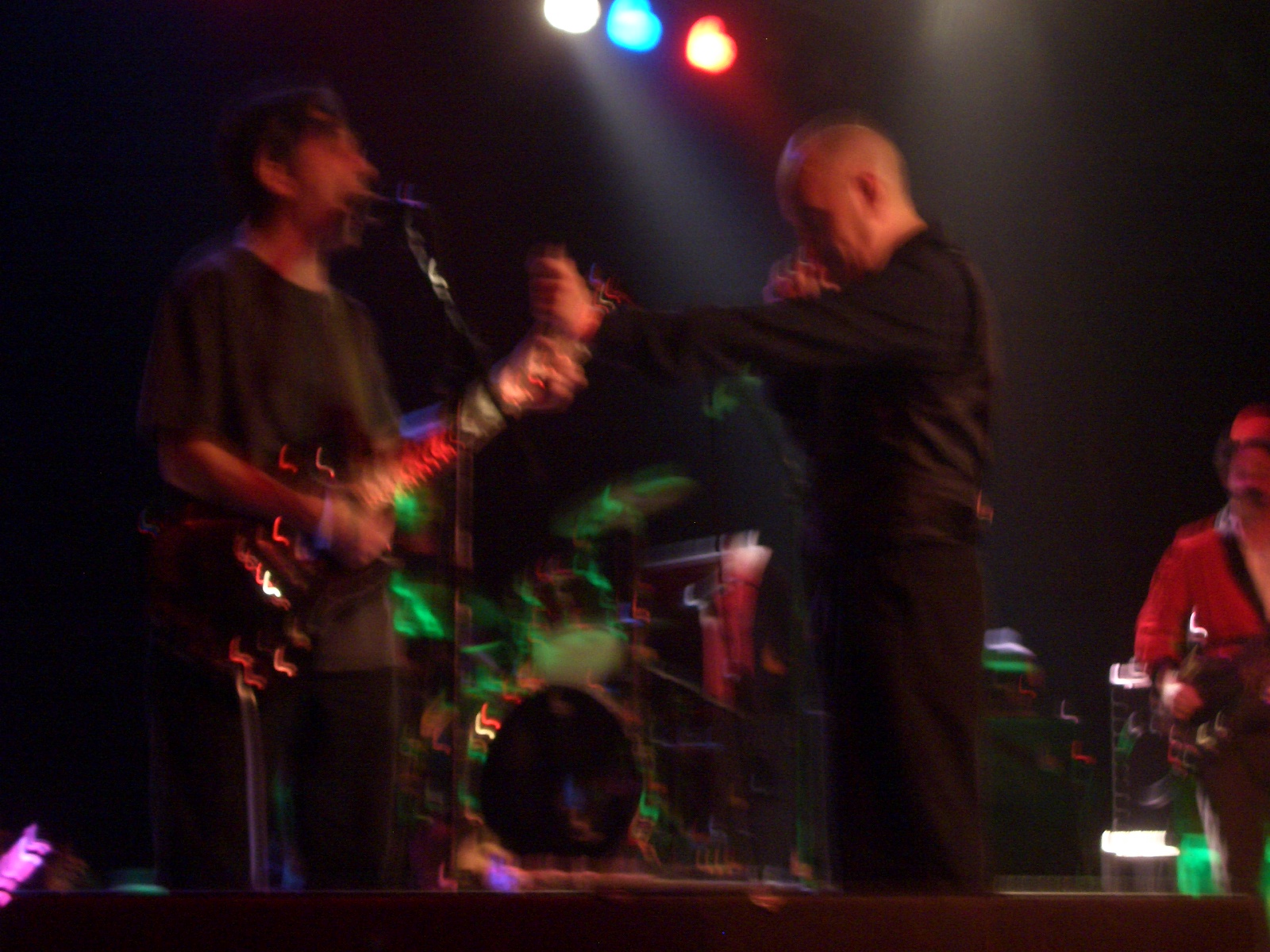 Other than Stevens, the differences between the band in 1989 and the band now aren’t that prevalent. Like hundreds of teenagers and early twenty-somethings who filled the pit during ragers like “Serrated Edge” and “Bitchin’ Camaro,” this writer wasn’t there during the band’s initial wave of success, but the Milkmen proved they’re anything but a nostalgia act. Singer and keyboardist Rodney “Anonymous” Linderman, who appears to be getting in better shape with each Milkmen outing now, sat down at the foot of the stage and read an 8-minute long story about body snatchers (including exhuming the corpse of Herve “DA PLANE” Villachez) to lead into “Bitchin’ Camaro.” Linderman sets a good example for his band by constantly one-upping himself (he ranted about Michael Jackson for 5 minutes prior to “Camaro” at Insubordination Fest in Baltimore…witness it here), and they live up to it. The crowd seemed just as interested in the new material as they did classics, but the band delivered almost all of their legacy songs. 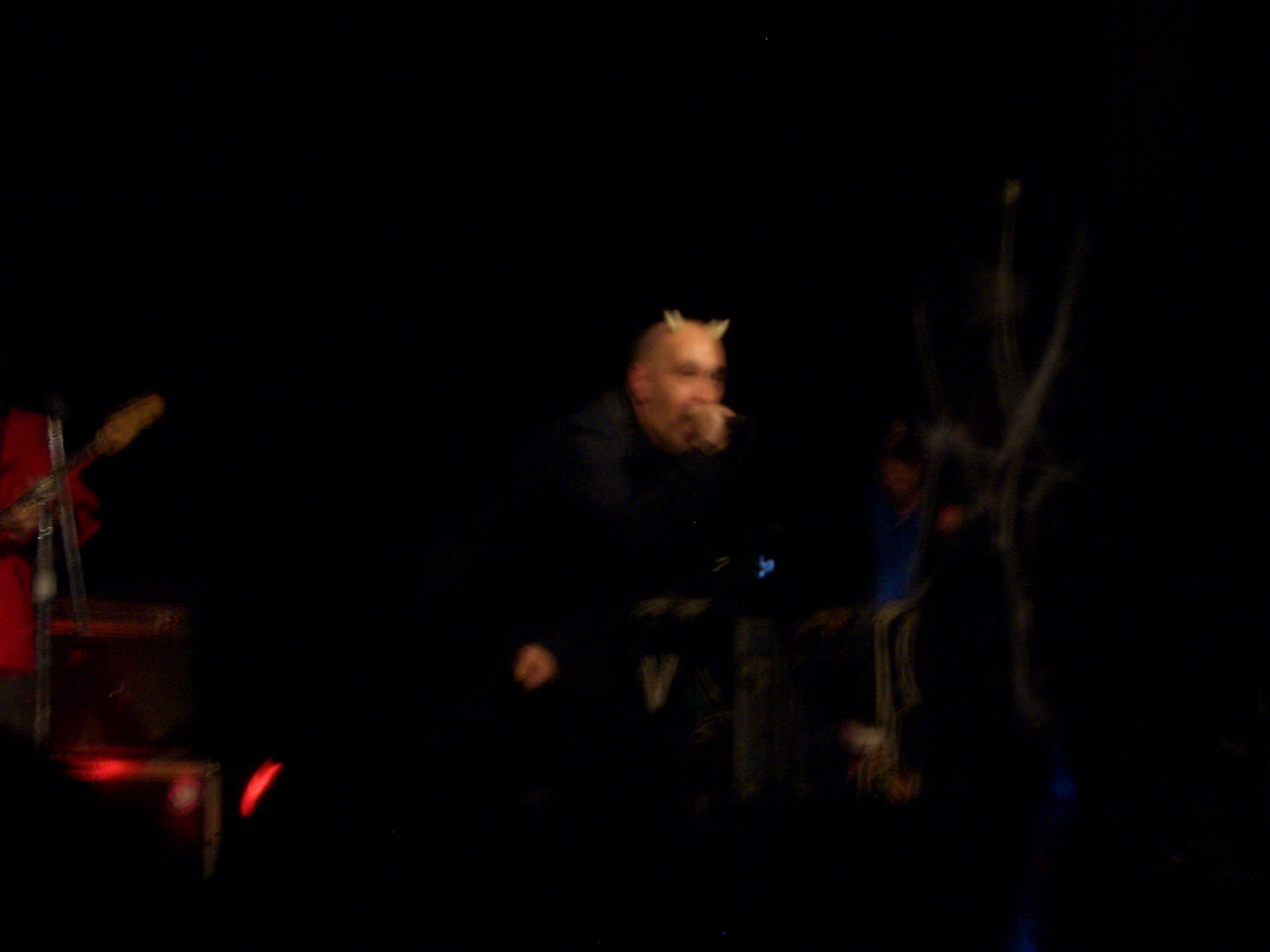 After the very entertaining/disturbing 50’s-era 16mm films presented by the Secret Society wrapped, the projection screen rose to the raucous cheers of the soggy sell-out crowd. The band sprang into a bunch of their most iconic songs to start the set, including “Dean’s Dream,” “Methodist Coloring Book,” and “Punk Rock Girl,” on all of which Joe Jack sang lead, during which Rodney occupied himself and the crowd by enthusiastically circling the stage and interacting with the fans up front. The protagonist of “Dean’s Dream,” drummer Dean “Clean” Sabatino was all smiles behind his kit for the entire hour and a half of their set. (You’ll probably be able to find better pictures and links to other coverage of the show at his band site or personal site). During the band’s most unshrouded political statement, “Right Wing Pigeons,” he substituted a verse he sang about Reagan in 1985 with a shrieking indictment of Glenn Beck, which may have run afoul of the 2 or 3 unironic Fox News viewers in the audience. Again, even though it’s been twenty years since they debuted most of these songs, they still know their audience well, possibly even better than the Milkmen of old thanks to the eternal ravages of “maturity.” 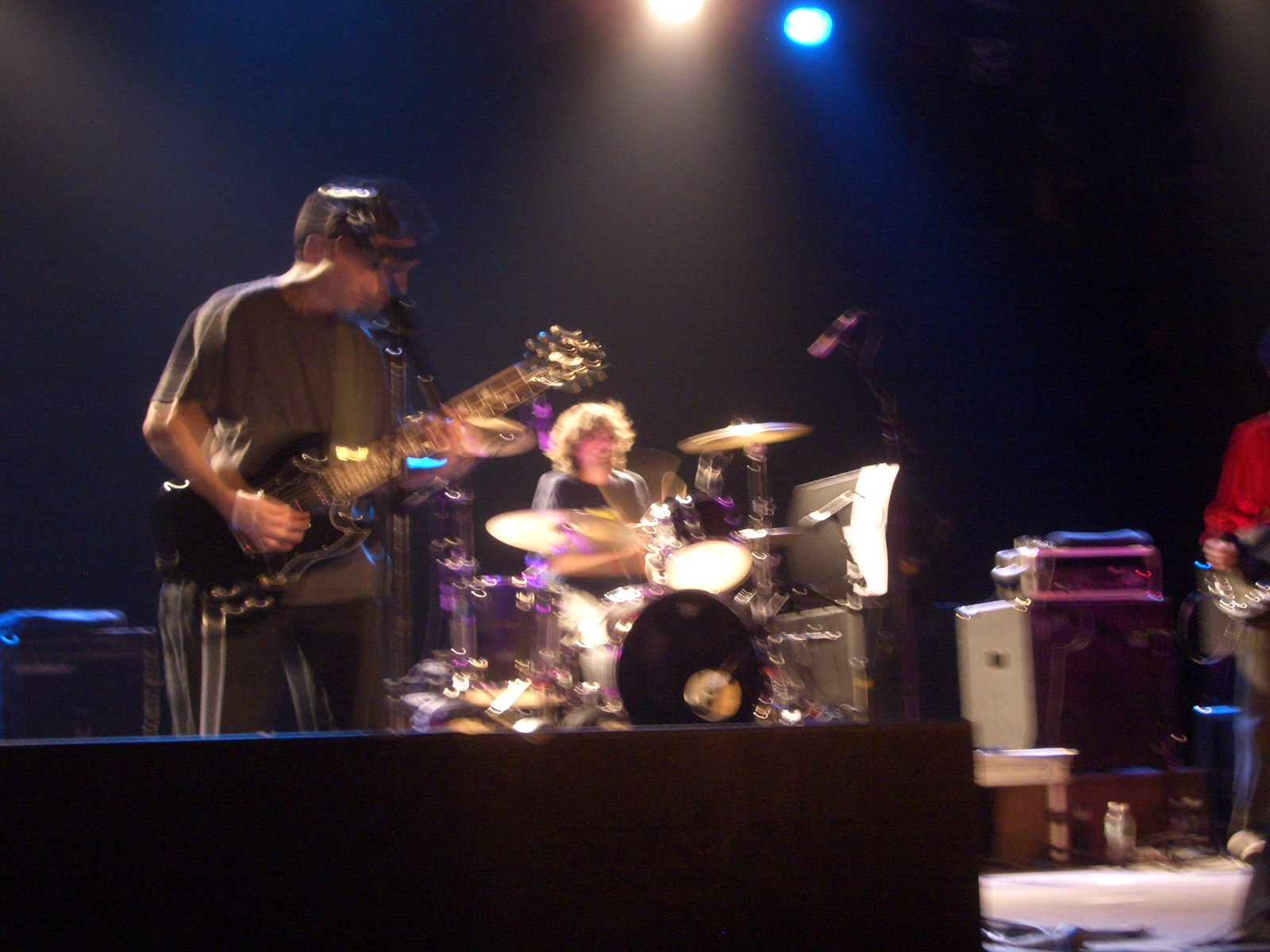 The Dead Milkmens’ greatest victory is not that they overcame the tragic death of their bassist, but that they endured and overcame years of virtual obsolescence. A wide array of factors led to the quartet’s demise over the first half of the 1990’s. For one thing, the right-wing pigeons that they skewered with such precision in the 80’s weren’t in absolute power anymore. They had material on Clinton’s cult, too, but the PC era that public figures like Clinton helped to usher in pushed their sense of humor back to the fringes. Suddenly, it wasn’t really cool to laugh at songs called “Takin’ Retards to the Zoo” (which they heroically busted out during their encore on Saturday).

But what a sold-out, soggy hometown crowd saw was a group of kooky, subversively intelligent men who have defied a number of odds and dug up indescribable relevance in middle age. I have no clue how good the group’s first album in almost fifteen years will be based on what they played the other night, but it’s great knowing that it’s welcome after all of these years.