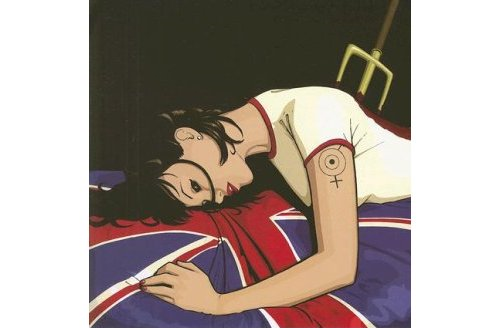 Oooh, apologies for my completely unexplained absence from this organ last week. A variety of continuous, unlikely emergencies conspired to keep me away from my precious keyboard and monitor on Sunday, eventually culminating in an exciting race through Dublin to find a kind of precious anklet. Either that, or I was pathetically tired from working all week, and that anklet story was actually just an elaborate dream I had. I really don’t remember, and frankly, you don’t care. Either way, to make up for it, myself and my comrade-in-blogs David “Coyote Trax” Kirk only went and recorded a podcast, which you can observe and appreciate at this location: LOCATION.

Also, my unexpected week off gave me the opportunity to consider something: in the couple of months that Radio Bile has been in existence, spewing words and vitriol all over you pretty people, it’s never once been made clear that all the words appearing in this column are the opinions of Al Byrne, and Al Byrne alone, and do not represent the views of ZME Music. This is, of course, completely deliberate, and you should take all the arguments, badly-researched information, and outright slander I unleash in Radio Bile as the official stance of ZME Music, no matter how much my editors, co-writers, and imaginary underlings might disagree, or punch me.

Accordingly, all of ZME spent this week completely enraptured by Lifter Puller’s newly re-issued Fiestas and Fiascos album – one part lo-fi indie-rock gem, two parts sprawling suburban rock opera. We – and that’s all of us, every last member of the ZME team, oh yes – also spent most of Wednesday night with our fingers hovering over our keyboards’ F5 button, frantically refreshing our browsers in a soul-crushing effort to secure fan club tickets to Pearl Jam’s Dublin gig next year. (Note: I got ’em! And with the added bonus of quietly feeling like a wanker, after realising I’m slightly miffed at not getting a press pass. What have I become, readers? Y’know: apart from cheap. I know I’m cheap. I was already cheap.)

But none of that can be important: not now! Because I want to talk to you about what I did in the brief, tender moments when I wasn’t scrambling for tickets I don’t really want, working in some absurd parody of a clothes shop stockroom, speaking on behalf of my unwitting colleagues, being a dick to poor little lost Aiden fans, or sleeping in the foetal position. Yes: as if to make a mockery of my claims of being “busy” and “overworked”, in my few spare seconds, I read a comic. A bloody comic.

I speak of Phonogram: “arted” by Jamie McKelvie, written by the preternaturally talented Kieron Gillen, and relevant to these very pixels because it’s about music. And don’t cower and hide your creased face in fear and antipathy like that – it’s not that kind of comic. It’s not some depressingly facile hero-worship “band on the road” story comic, nor is it a bunch of cartoon quavers having quaint misadventures: this isn’t a music comic. It’s a comic about music.

It’s an important distinction, y’know? Because, for me at least, the story in the comic is secondary to the overall message it delivers. Sure, there’s a fairly nice plot in there, but most of the important things the comic says are outside of that (except for the nice bit about how retro-fetishising a musical movement – in this case, BritPop – neuters it of its significance). Gillen shows how music, in that grandest of clichés, can save a life; can define who a person is, or who they make themselves out to be; how it can save the world, in whatever small or large way. But he also shows how music can fuck you up pretty bad. He understands the power of identifying yourself with a band, or with a scene, but he also knows that eventually, that becomes a pretty shallow identity.

That’s how deeply steeped in music this comic is. You all owe it to yourself to read it. Especially tonight, as the X Factor winds up and we have ourselves another victorious, bland, factory-line popstar making his ascent (before his inevitable, tabloid-glamour-models-and-West-End descent), and you perhaps need a reminder that music can be something other than a startling insight into the vapid pointlessness of human existence.

And, best of all, Gillen manages to toss off Afghan Whigs quotes in the dialogue without the slightest bit of explanation. I think I love him.

(By the way, who won? Was it Joe? And which one’s Joe? The male Cheryl Cole, or the mutant offspring of Will Young and Mark Owen? And did that Stacey one ever stop looking astonished?)