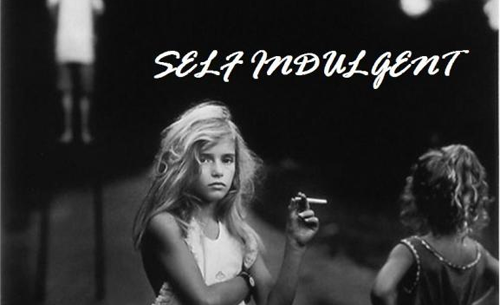 You’ll forgive me if I wallow in a little self-indulgence this week – a new job and, more importantly, lethargy have prevented me from bothering to care about most music-related matters this week, outside of reminding myself quite how brilliant The Hold Steady truly are. If you don’t own any of their records, it’s important that you go buy one right now. In fact, buy all of them. They’re lovely.

Two music matters that I was forced to care about this week: my review of Sweethead’s album, which went up yesterday, and the power of my words. I know that sounds horribly self-deluded, but come on, I’m a music critic: it’s fair to say that as a group, music critics are 45% ego, 45% English degree, and 10% hair. And anyway, I was made to consider the negative power of my words, so it was actually quite a harrowing experience, thank you very much. Let’s cut to the chase: I made a crap band cry. With a review on this very website.

As proud as I am of that – because I’m a bastard, obviously – I can’t help but wonder if the band in question (oh, let’s call them The Wedding Tuxedos) were being a mite oversensitive. You see, apparently, bad reviews don’t matter so much compared to good ones. According to this record label roundtable discussion – hosted by the ever-wonderful Carrie Brownstein, of the dearly-departed Sleater-Kinney, and fed into my eyes courtesy of the uncanny wordsmith Kieron Gillen, of Rock, Paper, Shotgun – a high mark from Pitchfork is more beneficial than a bad score is damaging.

This, presumably, is because most ads are going to feature a 9/10 review that smears greasy, sticky praise all over the album rather than the 2/10 review that condemns it with the pithy slogan “Well, it’s rubbish, innit?”

They even reiterate the old point about a review score making the reader less likely to devote any more than three seconds to skimming the text. They see that 5/10 that I gave Sweethead and move right on, shamelessly ignoring my clever joke about constables. Even worse, score-averaging organs like Metacritic mean that most people don’t even consider individual review scores anymore, instead judging the average critical reaction – the digital equivalent of a teacher asking for a show of hands.

All of which leaves the pathetic reviewing slobs like me halfway-obsolete, all 700 words or so of tripe that I generally squeeze into a review left unread while a robot adds the score at the top of the page to a pile of other, similar scores, and feeds it into a miniature version of The Matrix, where people can log in to download their opinions and/or outrage directly into their Apple iBrains.

Actually, now I’m the one overreacting. Because, while record labels might not care too much about negative reviews, the great dribbling public certainly does. They don’t even like midly positive reviews – only slathering adulation will do when it comes to a band that they like. They actually read the text and everything. Or, at least, they try to: the comments section of my Aiden review features one reader who, rather unusually, mistakes Ed Gein for a 15 year old girl, before instructing me to kill myself. I’m sure most reviewers can relate to that. I’ve had people insist that I sing Britney Spears songs in the shower, simply because I don’t like Nickelback; they’ve accused me of threatening Chris Cornell and his family, when all I really did was rightly declare Scream a malignant turd; I’m sure some readers would probably testify under oath that I murdered JFK if they could cook up a convincing story. But hey, horrifically stupid as people might be, at least they’re reading the review, rather than just looking at the score, right?