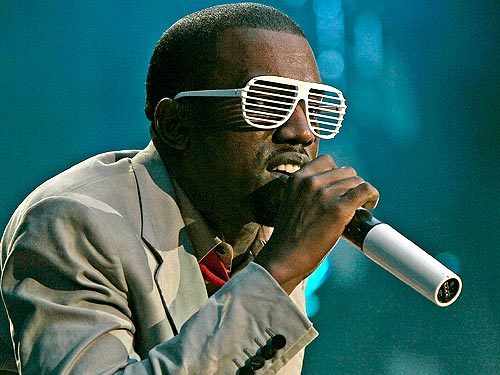 At last Sunday’s Disney VMA’s Kanye West premiered a new song, performing the new drumline-backed Love Lockdown (stereogum). Now, apparently Kanye’s not only rolling out new songs, but also a new album. No official word has been released by either Kanye or his publicist, but retail sites like Amazon and Target are listing LP4 under the title 808’s & Heartbreak with a release date of 12/16, so this seems as real as it can be. After all, it’s not like the retail stores have bounded together to pull pranks. Anyway, it’s nice to hear Kanye’s back on the saddle with some new material ahead. Fingers crossed for seeing the fail bear again on the cover <3. Some late ’08 tour dates can be found bellow, including a Brazilian trek; bad time of year I say, Kanye.
10-22 Sao Paulo, Brazil – Auditorio Ibirapuera
10-24 Rio de Janeiro, Brazil – Marina da Gloria
11-08 Belfast, Northern Ireland – Odyssey Arena
11-09 Dublin, Ireland – RDS Simmonscourt
11-12 London, England – O2 Arena
11-13 Newcastle, England – Metro Radio Arena
11-15 Birmingham, England – NEC Birmingham
11-16 Glasgow, Scotland – SECC
11-17 Manchester, England – M.E.N. Arena
11-20 Paris, France – Bercy