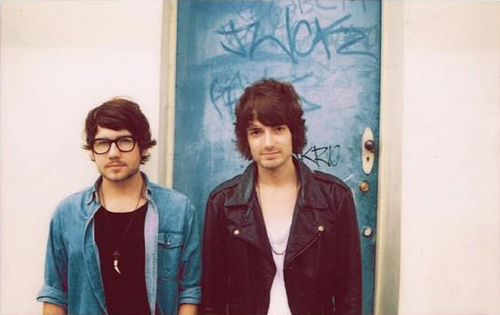 Fans of Kiwi electroclash duo Kids of 88 have been waiting in anticipation for several months, as the guys have been taking their time putting together a second full-length offering, entitled Modern Love. Their first album, Sugarpills, was an unmitigated critical success, earning the band attention outside their native New Zealand, and building a fan base that now reaches across Europe and the Americas as well.

Initially the album was set to drop in late May or early June, and a somewhat promising single called “Tucan” was released in May, but as the summer wore on, the band communicated very little about what was happening with Modern Love, other than “it’ll be out soon.” Now that a definitive release date has finally been set – October 5 – fans only have to wait a matter of days before getting their hands on new Kids of 88 goodness.

The worry, of course, is that it won’t be all that good. So many promising bands put out a stellar first album, and then in the follow-ups it becomes clear that they used all their great songwriting ideas the first time around. While “Tucan” certainly has a catchy beat, some fans have expressed concern that it’s not quite up to the standard of most of the songs on Sugarpills, and if that’s the song they’re leading with, it’ll be interesting to see what the other tracks are like.

That said, there’s definitely a lot of excitement and buzz surrounding this new release, and with talk of an upcoming world tour to include North America and Europe, Kids of 88 fans may be seeing a lot more of their favorite band in the coming months. If you’re not yet familiar with the wonder that is Sugarpills, check out the video for “Just a Little Bit” (one of the award-winning songs off the album), and then see if you think “Tucan” shows the band heading in a promising direction.

Kids of 88 also photoblog on tumblr, where fans can get a little more insight into the personality of the duo.