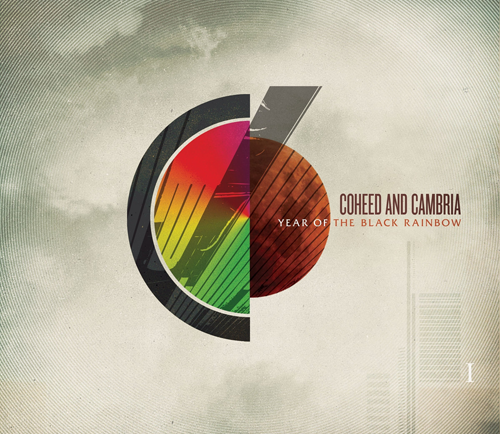 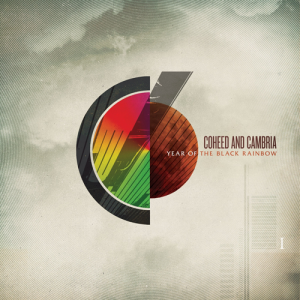 The prog band currently has its newest effort, Year of the Black Rainbow, up on its MySpace page to enjoy. It’s due out tomorrow so if you like it, go get it. I’ve never tried to understand the storyline that has gone since The Second Stage Turbine Blade. I just really think that C&C know how to write a fucking great hook and rock the hell out. If you are able to follow the story, apparently the album is a prequel to the tetralogy. Or something.

The album isn’t any kind of radical departure for the band, but, at least upon first listen, it seems to be less aggresive than the pair of Burning Star IV albums. It is, however, quite dense musically. There’s a lot going on in every single song. This shit is jam-packed with guitar. (Not that previous album weren’t, but here it’s on a whole other level.)

I’m not sure how to feel about the lack of a sugary-sweet, catchy-as-hell single like “The Running Free” or “A Favor House Atlantic.” The pair of songs “This Shattered Symphony” and “World of Lines” desperately wanna be, though.  I guess it means that it may take a few listens before the album really clicks, which suggests that the band’s songwriting is evolving. That said, I miss having a new C&C song to (try to) sing along to.

It’s a superb effort upon the initial listen. We shall see if the album holds up…