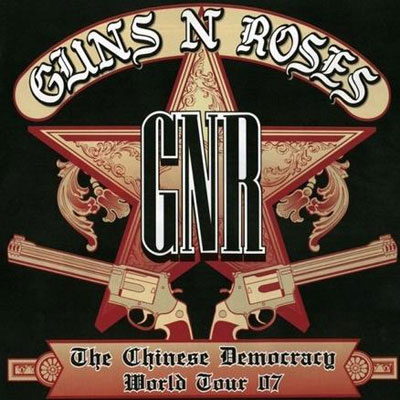 It’s already a bit redundant annoying exasperating to hear about the release of Chinese Democracy. Axl’s cold hands have been clinging on to it for more than enough, and it’s still not certain what’s the current state of the album, but something really interesting happened recently.

“Talking Metal” posted its latest podcast which you can download here, in which they continue the countdown of what is was by far the world’s most anticipated album. It’s apparently set for November 25 only via Best Buy.

They also disclosed the fact that a song performed by GNR, called “If The World” will play in “Body Of Lies”, a film starring Leonardo DiCaprio and Russell Crowe. The song features the guitar work of Robin Finck and Buckethead, which have both left the band since (who plays in it??).

It’s worth mentioning that Chinese Democracy has been in the making for 13 years, with every original band member except Axl Rose being long gone from the band. Also, there has been no official report about the contract with Best Buy or the release date, but reliable sources claim that it’s a done deal already.