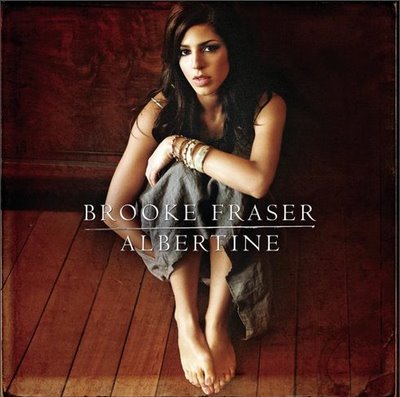 So some of you may not have heard of the name Brooke Fraser. Hailing from New Zealand, this humble and lovely songbird has already made quite a name for herself in the Pacific region. The album Albertine was released in the U.S not too long ago, and she’s currently on tour. I managed to speak to Brooke over the phone while she was preparing dinner for some friends to just have a chat about her music, love life, and the debate about the best coffee in the world.

ZME Music: Tell me more about yourself?

Brooke Fraser: I’m from Wellington in New Zealand and I’m one of 3 children but I’ve been living in Australia since 2004 and currently we’re over in the States touring for about 5 months so at the moment we’ve escaped the winter and we’re in LA

ZME Music: How long have you been playing music for?

ZME Music: How would you describe your music?

BF: I’d say my kind of influence in terms of other artists tend to lean more to the folk side of things. But I like to write songs for everyday people, and so it’s almost like a folk but with a decent sprinkling of traditional popular music to make that accessible to the wider public I suppose you could say.

ZME Music: So are a lot of your songs written on a Christian basis in terms of the words and lyrics you use?

ZME Music: Who are some of your musical influences?

BF: I don’t listen to a lot of music, but the music I do listen to tends to be old school, from the 60s and 70s. James Taylor and Joni Mitchell and a lot of those kind of songwriters are people that I admire and identify with their approach to music. So yeah, I don’t really listen to a lot of new music funnily enough. My husband’s the one who’s much more onto it, in terms of what’s going on today, but I turn to the 70s influence a little bit more.

ZME Music: I know you’ve made Albertine awhile ago, but what was is it like making the album?

BF: Making Albertine was amazing and very special and I think everyone involved was affected in some way. The time of recording the album was very quick. We tracked the whole thing in about 9 days, the rest of the time was spent editing, doing vocals and stuff. But there was very much of a live and authentic feeling, so it was really enjoyable for everybody.

ZME Music: You’ve mentioned that Albertine was written in Rwanda where you’ve done some social work, could you tell me more about that?

BF: Albertine was a girl in Rwanda that I met on my first trip there in 2005. It was also the time when my music and passion for aid work collided. So I met Albertine and the man who rescued her in the genocide of 1994 who was a friend of mine. Before he introduced me to her he just said, “You have to go back to your people and write a song and tell them about us here in Rwanda”. And he almost commissioned me to write the song Albertine and so I came home to Sydney and knew that I had to write that song. I’ve never been able to just sit down and write a song about whatever I choose but fortunately the Lord came to my aid and that song came out.

ZME Music: There were some songs that I found really interesting on Albertine, one of them being Hosea’s Wife. Could you tell me a bit more about the meaning behind it?

BF: Hosea was a prophet in the Old Testament, I just really loved his story, the strangeness and the weirdness of God and asking him to go and marry an adulteress kind of woman who’d be unfaithful to him but he’d still love and be faithful to her as a symbol of God’s love for Israel. So I used that obscure imagery in the pre-chorus. But it’s really just a song about how humanity is broken and perhaps strayed from what it was originally intended to be and do

ZME Music: Yeah, well for me personally, I feel that a lot of your songs are about faith in general and hope even, so do you think that the songs come out this way maybe because of your personality as well?

BF: Yeah I really believe that there’re many artists who write many different type of songs that perform a certain function, but I suppose recognising the responsibility as a songwriter as being somebody who people entrust with taking their music into their homes and stuff. Everything that I want to communicate people and I wanted it to be hope, I think there are enough songs out there that aren’t maybe necessary or particularly helpful or healing for the human soul and so I suppose that’s something that I want to bring in my music and in a way that it isn’t over the top or cheesy but in a way that generally uplifts people. 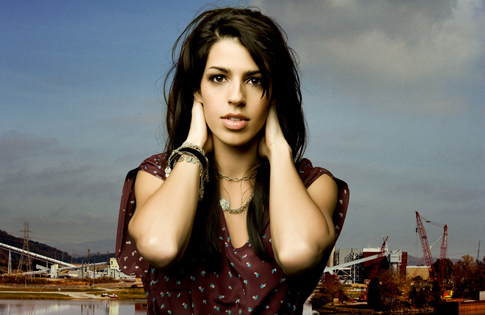 BF: You can go to either extreme so I think it’s good to try to have a balance. And I would love to answer every single person’s message, but when you have tens of thousands of MySpace friends and such a volume of messages, if I tried to answer every message, I’d be staying in front of the computer for half a day instead of being actually able to write songs and play music and tour and stuff. But at the same time it’s really important that people need to feel that you are accessible and not this lofty person up on their high horse, trying to maintain the balance is important.

ZME Music: You’ve been touring for awhile now, do you miss home?

BF: Yeah we do miss home, I’ve been on the road for 9 months last year, and this year I’ve been home for only about 3 weeks to about a month so far, and I won’t get home till November. But it’s fine this is the time to be doing it. But yes to summarise that, an absolutely affirmative yes!

ZME Music: How long more on will you be on tour?

BF: We’ve been going for a month here in the States, and will be coming home in November a little while more to go!

ZME Music: So how’s touring been so far?

ZME Music: Do you have family with you on the road at the moment?

BF: I have my husband with me; we’ve been married for 3 months. We got married and he resigned from his job so that we could travel together. It’s very fun.

BF: It is great! I absolutely love it and I recommend it to everybody!

ZME Music: Last but not least, now I really have to ask you this, you mentioned this in your biography. Is the best coffee really in Wellington?

BF: [laughs] I think so, I really think so! Somebody challenged me and said it was in Florence, Italy. But I’ve never been to Florence and he’d never been to Wellington so we’ve just agreed to disagree but I think so. I’ve been to a lot of places in the world and so far that’s my favourite.

ZME Music: Really? Not even Australia? I thought Australia has good coffee too!

ZME Music: So basically the Pacific region then?