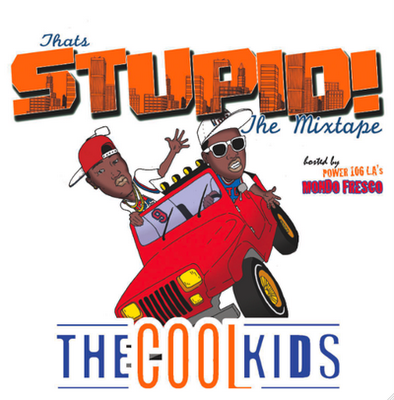 Freshly signed by major label XL, the Chicago based rap duo, The Cool Kids, are finally gonna release their much awaited mixtape, “That’s Stupid,” tonight for free. The new mixtape will feature a lot of new, unreleased songs by the duo, that’s sure to make this summer a lot more interesting, giving “kids with new systems in their car something to ride to.. and all the girls at the beach something to dance too” (an old blog post from The Cool Kids). Propos to Nah Right for the heads up. Bellow’s “Dinner Time,” one of the smashing tracks of That’s Stupid.