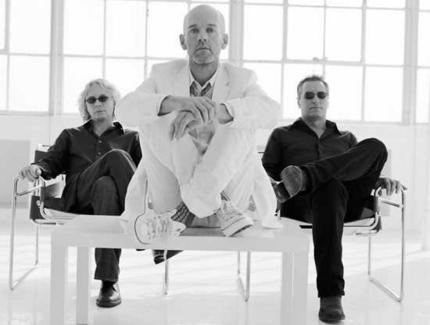 The iconic alternative rock band [tag]R.E.M.[/tag], has just revealed the tracklist for its 14th record, Automatic, as reported by Billboard Magazine. Accelerate is due April 1 via Warner Bros, spanning across a 11-track set, which gets in and out in a lightning-quick 34 minutes and change, is led by the single “Supernatural Superserious.” For the single, a video was shot earlier this week on Manhattan’s Lower East Side, that’s expected to air sometime in February. Meanwhile, NinetyNights.com, the album’s feature website, continues to roll out the daily video snippets. Most recently we’ve been treated to discussions of and live clips from R.E.M.’s summer 2007 residency in Dublin. Tracklist after the jump.