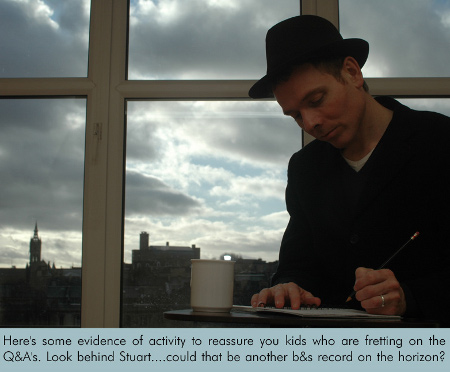 Since Belle & Sebastian released their last glorious album, “The Life Pursuit“, in 2006, the band has not only stopped releasing any new music, but they haven’t even hinted of plans of a new album whatsoever. When Stuart Murdoch, the band’s lead creative force behind the band, started working on his God Help the Girl project any plans for the band to make any new albums had been scrapped, until today that is when the above caption was featured on Belle & Sebastian’s website. This is more than any of the band’s members have revealed concerning new album plans in years, so it must be serious. Expect a new B&S record sometime next year.