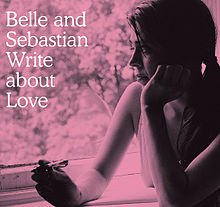 Belle & Sebastian have been making pop music for sad people since the ’90s, but on their eighth studio album there isn’t much of and end or a sense of rehashing insight. They stick to what they know and move forward with it. Principal writer, Stuart Murdoch seems to have dug back into Belle & Sebastian’s earlier work for inspiration, which basically means that this album is built on the sort of intimate and sarcastic meat and potatoes style that made them famous in the first place.

The album starts off distant, slowly engrossing you in its charm. The cycling electronics and tremelo-ed guitars create the atmosphere of “I Didn’t See It Coming,” which drops the listener off into the equally charming “Come On Sister”, – a jittery pop number that feels like it should be played in the aisle of a Publix — whose general purpose is to put just a bit of pep in your step. The lyrics are an invitation to talk out one’s woes.

“Calculating Bimbo” is a folky ballad that recalls Alphabetical-era Phoenix. Its’ a two-step number that appears to be a seething response to past relationships. “I Want the World to Stop” picks the tempo up with a ’60s groove with alternating vocals. Both tracks have a sort of human quality about them, almost as though they are one’s personal therapist. The track adds bits of orchestral flourishes around the edges before breaking down into a bass jam. The groove is never loss and sequenced vocals are layered back in before the return of the course. The album slows again into a R’n’B-style ballad with the fitting guest vocalist Norah Jones. The whole song seems to be built for her, with a bass line that shudders under her soulful croon a refined guitar solo and passionate organ undertones. The brief title track features the recent indie turn A-List actress Carey Mulligan of An Education and Never Let Me Go fame harmonizing within an upbeat groove of that recalls her quirky innocence from An Education. Like the Norah Jones Track, this one is built for her, like a Partridge Family rebuttal thirty years late. “Write About Love” is the sort of feel-good track that you would expect the title track to be, one that makes one feel like sticking their head out of a window and taking in the joys of youthful adventure. “I Can See The Future” has a nice contrast of whisper y vocals and lush orchestration.

Belle & Sebastian Write About Love recalls a time when the Beatles and Audrey Hepburn reigned — wholly representing maybe just the happiness of the ’60s. It’s an album about escape and the joys of it smothered in soul and lilting pace-changers with enough bounce to keep the listener interested. It has the sort infectious charm that puts one in the mind of the hit show The Wonder Years. You never really know (nor do you care) about the stories being told in these songs, but there is something there in its musical core that pulls you in like a familiar sitcom. Although Belle & Sebastian’s Write About Love isn’t groundbreaking by any means; it never sets out to be. It is, and it intentionally is, a cavalier album about the ups and downs of love and heck, life itself. Not every album has to be a philosophical pioneer. Sometimes its okay just to live on Earth.

I have been described as many things classic, suave, posh, brooding. So yeah, I am not typical by any means. I currently in my Junior year at the University of North Alabama, and am studying to be a music, film reviewer/columnist,a novelist (mainly Scifi/Fantasy/Drama)and a screenwriter. My taste are usually centralized in those pertaining to the bleak, the complex, and the emotionally enthralling. My interest basically sums up who I am: The most obvious is my fashion. I dress in a style that is sort of modern Edwardian era meets a more modern Italian vibe - very slim fit and crisp clothing that is somewhere between formal and casual. I am mostly influence by British and classical American fashion ideals. I recently fell in-love with Ray-Ban sunglasses and Nike sneakers. My taste in music is basically anything that will draw a tear or has some twisting, unraveling nature. I love anything that will simply blow your mind with nearly bombastic complexity and emotion. Well, that's just a little about myself. Hopefully, you all (the reader) will enjoy the blog as much as I will. Cheers!

View all articles by DeForrest Brown