In the past few weeks Lana started to share more and more information about her upcoming album, Ultraviolence. This time she finally decided to reveal the release date of her upcoming most awaited album. It seems that Ultraviolence will be available via iTunes starting the 16th of June in the UK and 17th of June for US, according to the artist’s official facebook page.

Ultraviolence will contain 11 songs plus 3 bonus tracks, from which she already released a new video for West Coast. You can check out the video here and the full album tracklist here. 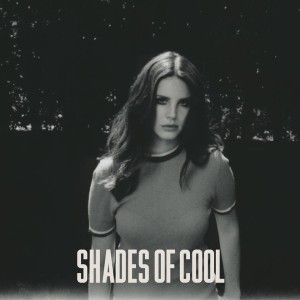 Yesterday the artist posted on her official facebook page that  a video (maybe) for Shades of Cool will be released very soon. If you didn’t listen to the song before, you can also check it out at the bottom of the page.

For this album Lana collaborated with The Black Keys’ Dan Auerbach, which was actually very impressed by her.

After already listening  to West Coast and watching its video and also listening Shades of Cool and checking out the album’s tracklist, I can already imagine how great this upcoming album will be, even though the album artwork is not really very impressive. I personally can’t wait to listen to it over and over again.

Check out below Shades of Cool. Enjoy!