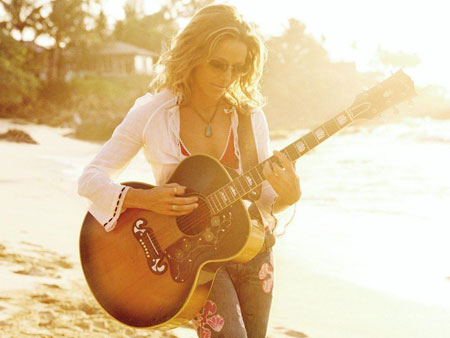 We talked a bit about [tag]Sheryl Crow[/tag]’s forthcoming new record called “Detours“, in a previous post, but now we’re back with some details. For instance, after resolving, her misunderstandings with long time friend and collaborator, Bill Bottrell, the both in a burst of creativity, recorded twenty-four songs in forty days in the basement studio of Crow’s Nashville-area home. Of these, only fourteen made the cut, on what’s considered Crow’s most personal album yet, fact she attributes to the adoption of her son, Wyatt, in 2007. “I couldn’t write fast enough, having this tiny, innocent spirit made me fearless,” she says. “I felt a sense of urgency to write about what’s really happening.”

Detours opens up with a 9/11 and Iraqi war centered song, titled “God Bless This Mess.” After a environmentally conscious “Shine Over Babylon” and a humanitarian “Love Is Free,” I’d say Sheryl’s latest effort isn’t quite centered around her. But the next tracks, such as “Diamond Ring”, seem to allude to her called-off engagement to Lance Armstrong. “All I can say is that I’ve been ­engaged three times,” she says with a laugh. “So I have a thing about diamonds.”