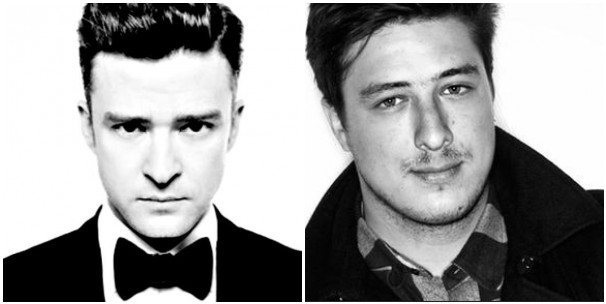 In rather surprising news, I’ve just learned that Justin Timberlake paired up with Mumford and Sun’s leading vocalist and songwriter, Marcus Mumford, to work on the soundtrack for the latest Coen brothers movie. Now, I’ve heard of much more preposterous collaborations before, not to say I’m having great expectations out of this either.

The movie itself, called Inside Llewyn Davis, is centered around the character of an aspiring folk musician amid the 1960’s bustling New York folk scene. Things weren’t easy back then, and the movie seems to tell the story of a slew of unfortunate, yet hilarious events that in the end may or may not work out well for Llewyn Davis, a character inspired by Greenwich Village folk icon Dave Von Ronk.

Here’s what Timberlake had to say about the flick and unexpected collaboration with Mumford in this MTV interview snippet.

“OK I can tell you this. There’s a Coen Brothers film coming out soon that I was lucky enough to work with Oscar Isaac and Carey Mulligan.

And coincidentally I did work with Marcus Mumford on the soundtrack, so I became very good friends with them. Marcus and myself we all kind of worked on the music together and I don’t know any other world where we would have the opportunity to collaborate like that but it was so much fun. So not only will that be a great movie, but the music to it will be fantastic.”

Check out the trailer for Inside Llewyn Davis below.