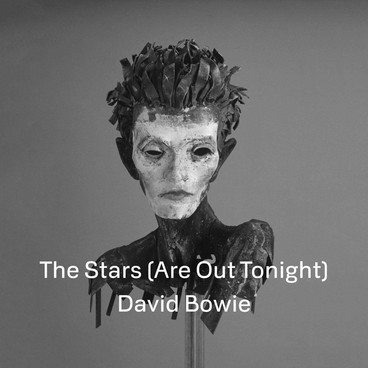 David Bowie has just released a brand new track titled ‘The Stars (Are Out Tonight)’. You can listen to the song and also watch the video here.

he video was directed by Floria Sigismondi, who was also behind the videos for Bowie’s ‘Little Wonder’ in 1996 and ‘Dead Man Walking’ in 1997. ‘The Stars (Are Out Tonight)’ is now available to purchase digitally.

Bowie shocked fans and critics alike last month, when he broke his 10 years musical silence and released a new song – ‘Where are we now’, announcing that an album will shortly follow. David Bowie’s guitarist Gerry Leonard recently revealed that Bowie might tour off the back of the album, but it’s not really certain at this point.

“I would say that it’s 50-50,” he told Rolling Stone. “A couple of times, when we played back one of the more kick-ass tunes from the new record, he’d be like, ‘This would be great live!’ Of course, everyone was like, ‘What? Did he just say that?’ But other times he’d just roll his eyes if someone brought up playing live.”