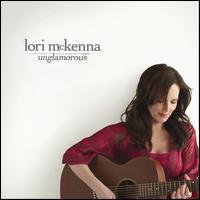 Acclaimed singer-songwriter Lori McKenna, a plumber’s wife and mother of five from tiny Stoughton, MA was thrust into the limelight when Faith Hill included “Stealing Kisses” and two other songs on 2005’s #1 pop/country Fireflies.

With 4 albums under her belt, Lori is now ready for her first major label debut album, dubbed “Unglamorous”, set to be in a store near you on August 14. Produced by Tim McGraw and Byron Gallimore for their Stylesonic imprint, “Unglamorous” brings a blend of rock, folk and country to songs Hill calls “masterful, with a pureness that is completely unaffected.”

If your interested to learn more about Lori McKenna and her new upcoming album “Unglamorous”, then check this video interview and visit her website.