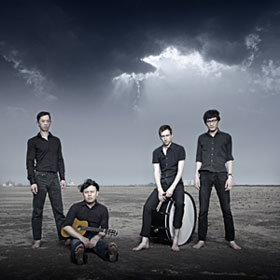 I just got word from an old friend who currently lives in Beijing about this really cool tour about to come through the US. Five of the most highly regarded indie and underground acts from the Chinese city are coming through for a set of US dates. They include P.K. 14, Carsick Cars, Xiao He, White, and Snapline.

Information about this tour, as well as tour dates and links to all of the bands and their music, is located at the official Maybe Mars website here.
Here are the confirmed show so far: