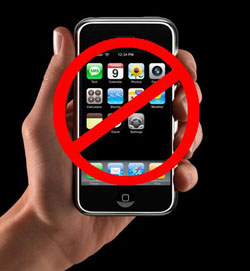 Ok, this is pretty breaking news. Apparently Apple’s iTunes has been blocked by “the great firewall of China” (awesome name btw), as a reaction to a pro-tibetan album that’s been getting really popular there. To be more exact The Art of Peace Foundation’s Songs for Tibet compilation, featuring tracks by Alanis Morissette, Sting, Moby and 17 more artists.

The album was released as a download on the iTunes Store on August 5 – three days before the start of the Olympics – with the physical CD launched on Tuesday this week. Funds raised by the non-profit Foundation are donated to peace-related projects “that are dear to the Dalai Lama”, the exiled Tibetan spiritual leader whom China regards as subversive. Furthermore, the album was given to athletes attending the Olympics, who were encouraged to put the songs on their iPod and play them as a form of protest.

This Monday, the pro-tibet organization announced that “over 40 Olympic athletes in North America, Europe and even Beijing” had downloaded the album. This was enough to pull the plugg, apparently. The same day, apple users who were momentarily expatriated in the Chinese space began to experience issues with their iTunes software. The problem resonated across most of China. Apple’s customer forums contain numerous examples.

This goes even further. A lot of Chinese internet users have been really offended by the Songs For Tibet album, released over iTunes, and intend on planning a boycott. According to a report published in the semi-official Chinese news portal, china.org.cn:

“angry netizens [internet users] are rallying together to denounce Apple in offering Songs for Tibet for purchase. They have also expressed a wish to ban the album’s singers and producers,most notably Sting, John Mayer and Dave Matthews, from entering China.”

Can you guys, like, ban Dave Matthews from the entire world? That’d be graaand!

Anyway, Chinese internet users are also planning on blocking anything related to Apple, including the new iPhone 3G, the device that’s been turning head all around the world. Apple officials are in talks with Chinese mobile phone operators to launch the highly successful mobile phone in the panda’s home, but from the looks of it, their attempts might prove unfruitful.