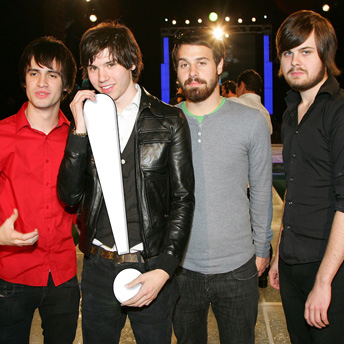 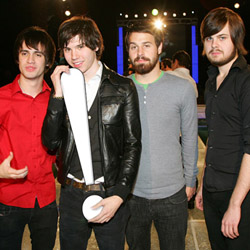 Over complicated band names are every blogger’s nightmare and all I can say is a lot of people will be glad, that the Vegas quartet have decided to change their name. Well not entirely that is, just that messy exclamation point, that seems to cause a lot of trouble amongst press people, so the band’s name is just “Panic at the Disco” now. Oh and if you though one “!” is bad then check out this band !!! (good luck finding any info about them at Google).

A new name has been granted to PATD’s upcoming sophomore release as well, titled “Pretty. Odd.” Well it was fun while it lasted. Also Panic will be playing their new material live on this year’s environmentally friendly 8th Annual Honda Civic Tour, where they’ll be the headliners. The tour  starts April 10th at San Francisco’s Warfield Theatre and wraps June 14th’s at Anaheim’s Honda Center, full dates and venues will be announced at a later date.