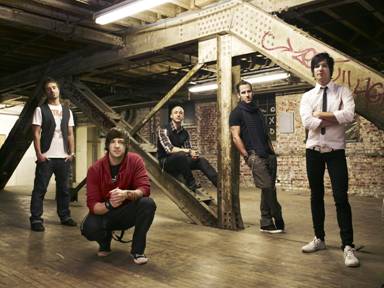 The Montreal base, pop punk quintet Simple Plan is set to make their long-awaited comeback into the mainstream next week, once with the release of their first single 2 years: “When I’m Gone.”

The single’s world premiere will take place online at the band’s website www.simpleplan.com, on October 29 6pm EDT/3pm PD and will see the Canadians divulging exclusive details of their upcoming new album and taking questions from die-hard fans around the world.

Preparing for the their upcoming release, the band is set to tour extensively across the month of December, revealing audiences to “When I’m Gone” and other new songs with performances at a series of holiday-themed concerts. Dates and venues will be announced shortly. Until then have a glimpse at Simple Plan’s forthcoming single in the preview stream bellow.