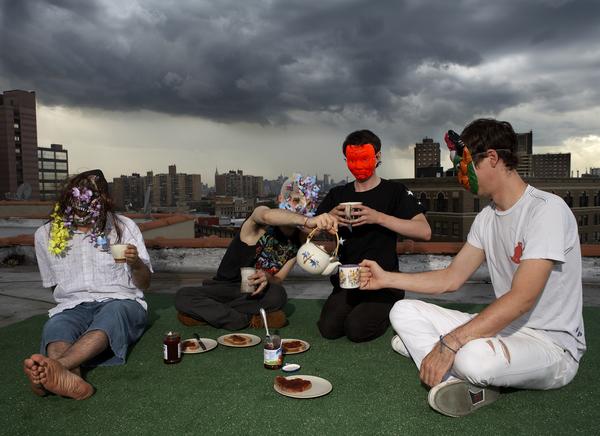 Last year’s Strawberry Jam was definitely yummy! Quite scrumcious, if I may do so say myself. Actually, last year was an awesome one for the AC band members, since they toured a lot, released a very well received album, while Panda Bear also released a solo record of his own, the critically acclaimed Person Pitch. Let’s not forget about the new EP, Water Curses, Animal Collective rolled out back in May ’08.

Now, these crazy kids are prepping some new. Something big by the looks of the epic ‘fishes’ present on their website. Just head over there and watch the video, if you’re ears can withstand the mind boggling constant grinding. Around the video, there’s some text, written in some very insensible, shaggy font, that more or less reads “Merriweather Post Pavilio” and “January.” Ok, so what do we have on our hands? A new album, by that respective name, in January? Well, I certainly hope so; the lads have been more then productive lately, and I’m more then certain they won’t disappoint.