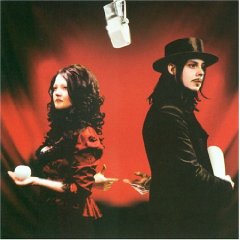 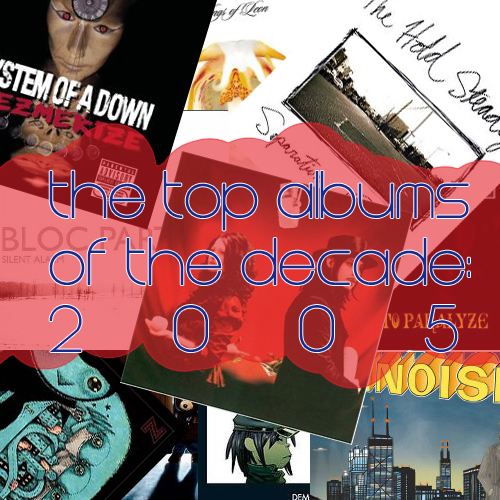 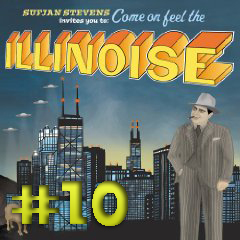 At the beginning of the decade, one of the nation’s most talented songwriters Sufjan Stevens endeavored in a project as ambitious as it was preposterous, called The Fifty States project. Sufjan intended to share his vision on American life and culture by writing an album constructed around each state. So far, he has only managed to deliver two records – one was the brilliant and quite honest to the spirit and essence of the great lake state “Michigan”, while the other was the doggedly sincere “Illinois”. On the second state, Sufjan once again shows a timeless devotion to craft. Moments in history are combined with lyrical anecdotes and blended with rich segments of oral history to immerse the listener, all of which come together to make one BIG SOUND. Somehow, thought, it manages not to sound bombastic. There’s a string quartet backing him on many songs, along with a chorus of earnest-sounding singers, and he uses banjo and accordian and glockenspiel for accent. Lyrically he shines as well, especially in the album’s high point “John Wayne Gacy Jr.”, where he depicts a brutal serial killer also as a human being. Other standouts include “Chicago”, “Come On Feel The Illinoise!”, “Concerning the UFO Sighting…”, and “Casimir Pulaski Day”. (Tibi Puiu)

System of a Down – Mezmerize (Columbia Records) 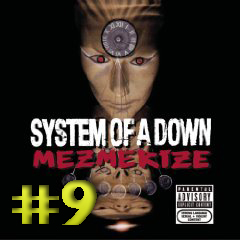 Lemme get this straight: SOAD took three and half years to release it, Daron Malakian in effect became a second lead singer, they added a dash of pop to their songwriting, and the band still managed to roll all of this into a thirty-six-minute gem of an album. And it debuted atop the Billboard chart. From sociopolitical diatribes about war (“B.Y.O.B.”), loss of freedom (“Sad Statue”) and television (“Violent Pornography”) to the bizarre experiences of a celebrity baseball game (“Old School Hollywood”) and the satire of corporate one-upmanship (“Cigaro”), SOAD set out to explore any and all of the problems in the world as of 2005. The team of Malakian and Serj Tankian is once again shown to be the best duo since Page/Plant. Malakian’s riffs are as awe-inspiring as they are memorable, and Tankian’s sloganeering lyrics are as acerbic as anything on the Daily Show. Perhaps it’s not their best album – that’s always gonna be Toxicity – but Mezmerize is their most fun. “Blast off!/ It’s party time.” Yes, yes it is. (Steve Lampiris) 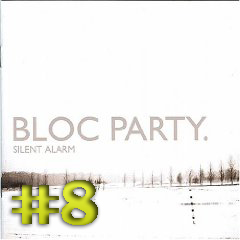 A debut bristling with intent, Bloc Party’s “Silent Alarm” caught everybody by surprise with their mix of sharp guitar rock and dance-punk hooks, sky rocketing the band towards the top of the charts. It was definitely a hyped band, being recognized by most critics as the Franz Ferdinand of the year – a very undeserving comparison, considering Bloc Party’s somewhat unique art rock/guitar pop personality – but the band went well beyond the hype. It was all justified! Finally, Britain had a band besides Radiohead that transcends their influences and press clippings. The first single is “Banquet” and as a whole, the song is a wonderfully tight and energetic mix, and then there is of course the opener, “Like Eating Glass”, a track even spiffier and snappier than “Banquet.” “So Here We Are” and “Plans” showcase Bloc Party’s ability to create vivid soundscapes without blasting the amps. That said, anyone who has heard “Luno” or “Positive Tension” could tell you they aren’t afraid to blast the amps either. Popular rock music is finally getting smarter (and more fun). We are glad. (Tibi Puiu) 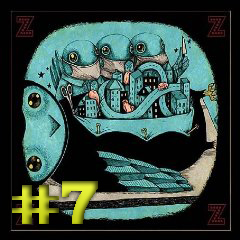 There’s something to be said about the importance of restraint; clearly, Jim James knows it. Hence the album title, hence the pop-song mentality throughout the record, and hence the average song length being four-and-a-half minutes, compared to its predecessor’s six. It’s obvious that James and company wanted to traverse different territory with Z: They wanted to fiddle a bit with the whole southern-indie-rock thing they had going on. Sure, side B has a decidedly ‘classic’ MMJ feel to it – especially “Lay Low” and “Dondante” – but side A is the band visiting the Twilight Zone. “Off the Record” is rock ‘n roll reggae at its best, “What a Wonderful Man” is their take on power pop, and “Wordless Chorus” grooves on a gloriously soulful beat, something they’d later take too far on Evil Urges. As it stands, though, Z remains MMJ’s best, most consistent record precisely because it’s so different than anything before it. At the time, it was so out place that it simply had to be that good. There’s a reason this album is the second-best reviewed album of 2005 on Metacritic.  (Steve Lampiris) 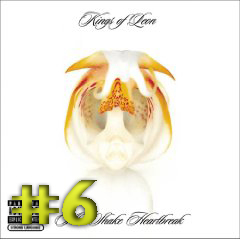 The follow-up to the Kings’ breakthrough ‘Youth and Youngman Manhood’, this record was seen as a great step up for the Nashville four piece, who made light work of the “difficult second album” – that has killed off so many ‘promising’ acts. It was by no means their most successful when viewed from the charts, but “Aha Shake Heartbreak” was given a big thumbs-up from their loyal fan base and the majority of critics. “The Bucket” and “King of the Rodeo” were big hits on the indie-disco dancefloor, with the catchy and crunchy guitar duelling that once defined their sound in full swing. Billboard called it a “more focused effort that never sacrifices the band’s manic intensity” – sadly the same can’t be said for their later material. (Conor O’Brien) 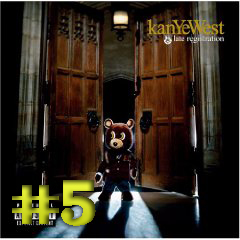 When the President of the United States calls you a jackass, and South Park takes your ego to ask, you’d better have an impressive body of work to back up your assholery. Good news for Kanye; he does. “Late Registration,” depending on where your head is at, may be his finest moment. He spreads his umbrella even wider than on “College Dropout,” making hit-worthy, dance floor-filling hip-hop out of everything from Shirley Bassey samples (“Diamonds from Sierra Leone”) to Ugly Wanda (“Gold Digger”) to Jon Brion’s chamber pop (all over the place). I don’t care if you’re still upset over his drunkenly interrupting Jewel Jr. at that meaningless awards show last year. Taylor Swift will never, ever produce a single as good as “Touch the Sky.” (Ty Williamson) 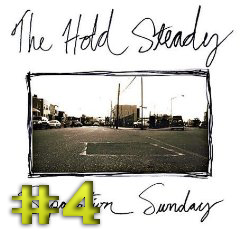 “Separation Sunday” arrived like a bizarre beacon of light emanating out of some post-millenial juke joint in Mississippi. That was odd, considering how it takes place in Minneapolis, and was created by a group of five pudgy white guys in Brooklyn. The photograph on the cover was a desolate street in Williamsburg, for crying out loud. Craig Finn and his cast of characters present a story about desperation, addiction, redemption, and the inevitable cycle that we have so much trouble breaking out of for our own good. Finn’s vocals stick out like a sore thumb, but the band made the best use of that dynamic on this record. The classic-rock crunch on this record is outstanding, but bohemian Franz Nicolay’s keyboard work is the secret weapon here, supplying the soaring organ to “Your Little Hoodrat Friend,” and the unforgettable flourishes to “Multitude of Casualties.” Word on the street is that he just left the Hold Steady, so sadly, the band is no longer cool. Sorry, kids. (Ty Williamson)

Queens of the Stone Age – Lullabies to Paralyze (Interscope) 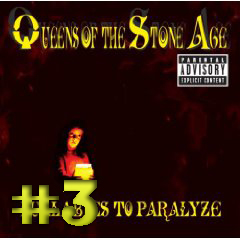 Then silly Nick got himself booted
The Queens’ bedrock had been uprooted
No Grohl or Lanegan to supergroup it
Would Josh Homme fall asunder? 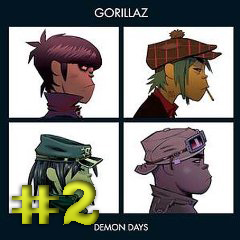 Demon Days is such a leap for the fictitious band that it’s almost feels like a different project altogether. I can’t help but be reminded of the Beastie Boys leap from Liscensed to Ill to Paul’s Boutique. Away from his more regular gig as Blur frontman, Damon Albarn’s laconic vocal delivery is as much in evidence as before and there are familiar hip-hop quirks as on November Has Come and funky moments as on Dare, which features the vocal talents of ex-Happy Mondays’ singing sensation Shaun Ryder, but overall Demon Days is a more sophisticated work than its predecessor. More measured than their first album, Gorillaz have illustrated why they are one of the most innovative collection of musicians around today. At a time when most of the record industry’s output is determined by focus groups and TV talent show debacles, Gorillaz are a breath of creative fresh air… (Tibi Puiu)

White Stripes – Get Behind Me Satan (V2/XL) 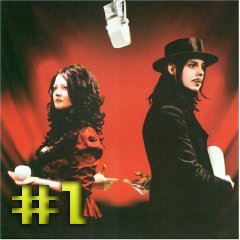 OK, let’s admit that Elephant was simply a great collection of virtuoso guitar wankery. It wasn’t so much a set of songs as much as a set of furious riffing and epic fret-dancing with lyrics. In other words, little more than a reason for Jack White to rock the fuck out. Satan, conversely, is a calculated pop album, every song a perfectly balanced equation. This explains the increased used of the piano and overall rhythmic quality of the songwriting, especially “The Denial Twist” and “My Doorbell.” Even when the guitar is the predominant voice, its role is that of a bullhorn: “Blue Orchid” and “Red Rain” have a hypnotic quality that only a seasoned orator could conjure up. They don’t make a point, but instead beat you over the head with it. Satan also has simple pop songs, including the barroom ditty “Take, Take, Take” and the country balladry of “I’m Lonely (But I Ain’t That Lonely Yet),” making this both the most exciting and most rewarding White Stripes record of their career. (Steve Lampiris)