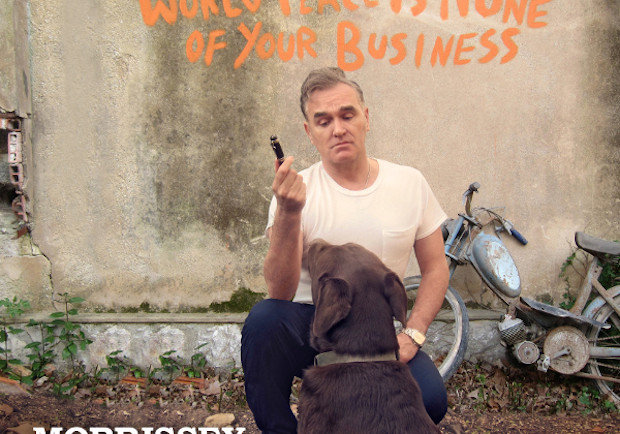 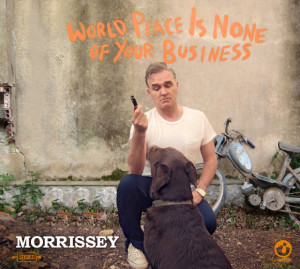 Morrissey – World Peace Is None Of Your Business album artworkSource

Morrisey revealed a new spoken word video for Earth Is The Loneliest Planet which stars Pamela Anderson. The video is very simple, showing these two guys hanging out on the roof of the Capitol Tower in Los Angeles.
This is actually the third spoken word video he released in the past few months, the first ones being for Istanbul and The Bullfighter Dies. Check out the videos at the bottom of the page!

The single, Earth is The Loneliest Planet is actually one of the tracks from the artist’s upcoming album which is set to be released on July 17 this year via Harvest, World Peace Is None Of Your Business. The album contains 12 tracks and for the deluxe version he added six more bonus tracks. Check out the album’s tracklist below:

1. World Peace Is None of Your Business
2. Neal Cassady Drops Dead
3. Istanbul
4. I’m Not a Man
5. Earth Is The Loneliest Planet
6. Staircase at the University
7. The Bullfighter Dies
8. Kiss Me a Lot
9. Smiler with Knife
10. Kick the Bride Down the Aisle
11. Mountjoy
12. Oboe Concerto

I have to say that I really love these spoken word videos, I love Morrissey‘s voice and it kind of  reminds me of Vincent Price and Nick Cave. I could listen to his voice over and over again. Enjoy the videos below!

The video for Istanbul!