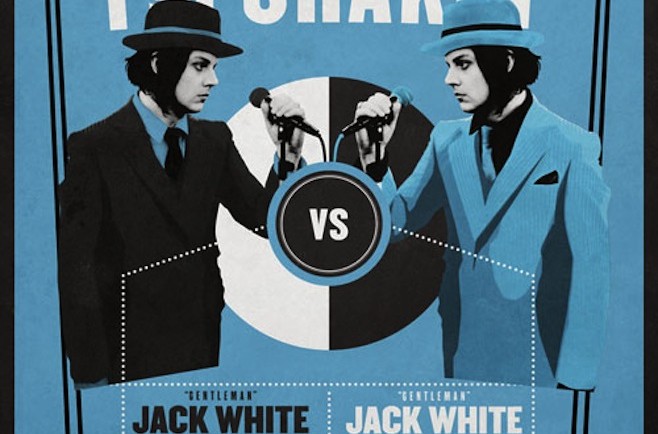 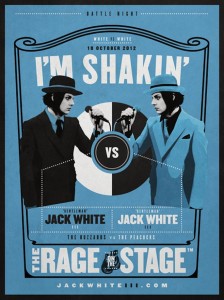 Jack White finally decided to release a new video, this time for a song which is actually a Little Willie John’s  cover. For those out there which never heard about LWJ , i just cannot remind him and simply move on without saying that he was a famous American R&B singer from the late 50’s which was inducted into the Rock and Roll Hall of Fame (posthumously of course) – this enables me to say that he made history in the Rock and Roll scene.

Let’s get back to our sheep, the song’s name is I’m Shakin’, and it’s the 4th track from Jack’s debut solo album, Blunderbuss. I am still not getting over the whole breaking up thing  of the The White Stripes, but I really like the fact that  Jack’s doing great with this whole solo project, in fact he is a natural born musician, isn’t he?

The song will be digitally available to pre-order on October 30 and will feature the B-side Blues On Two Trees.

In the video you’ll see 2 Whites dueling – just like the old days, keeping the spirit of the 50’s alive – one dressed in white and the other one in black, each one with their own bands – I wonder who wins at last. Hope you’ll enjoy it as much as I do.