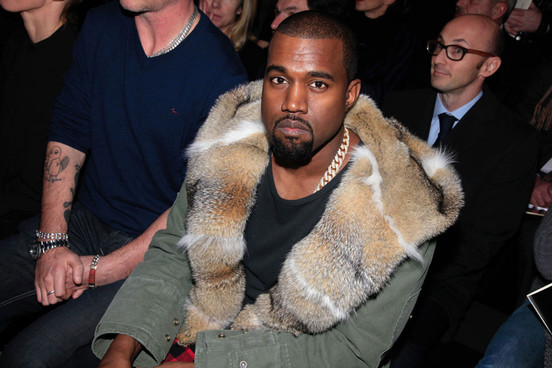 It didn’t take Kanye long enough to show off his megalomania once more – the interview with Zane Lowe had barely started when he 36-year-old rapper said “people are going to be talking about this interview in five years time”. Thing is, that may very well be.

During the course of 60 fist clenching cringe-inducing minutes Kanye addressed anything and everything, from Lady Gaga to jogging pants, and from the Internet to being the biggest rock star on the planet – and he did it all LOUD. Kanye hasn’t given an interview in years, and it shows – the man just had so many things on his chest, he couldn’t get rid of them fast and hard enough. Here’s a part of the video, and I’ve gathered some transcriptions of the interview. Via NME.

“I showed people that I understand how to make perfect. ‘…Dark Fantasy’ could be considered perfect. But I’m not here to make perfect, I’m here to crack the pavement and make new grounds sonically and society, culturally.”

“’Gold Digger, I never really liked that song, but I always knew I would get paid for doing that song.”

“Look at Gaga she’s the creative director of Polaroid. I like some of the Gaga songs but what the fuck does she know about cameras?”

“The entire music industry was hit by a fucking glacier by the internet… Shit is changing.”

“People think a lot of my motivation is megalomaniac and self-orientated – to the contrary completely, I just want to help.”

“To be a visionary all you need to do is make a decision off of your eyes, not your ears and your memory. So at the moment of the MTV awards, I made that decision off of my eyes. I was like ‘that’s not correct, that’s invalid’.”