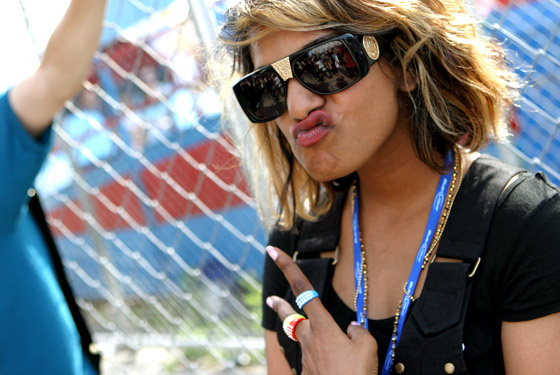 If M.I.A. plans on quitting music for real, then she’s got a strange way of doing it, considering she’s been really active, musically speaking, lately. Just a few days ago, she got featured on Esau Mwamwaya + Radioclit‘s latest leak, Rain Dance, and now she’s released yet another song, this time in collaboration with Baltimore’s Rye Rye, on “Tic Toc.”  The song’s really smashing, with some really, really heavy beats and interesting samples. Next Paper Planes? [via Mad Decent]