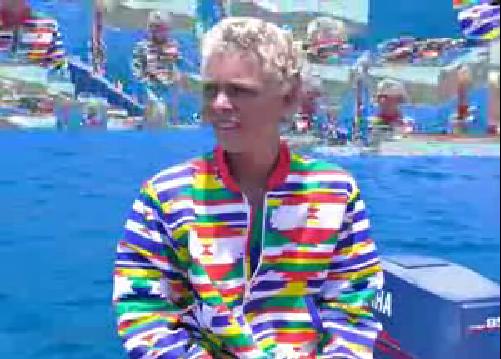 At last month’s Bonnaroo fest, the hip-hop/indie sensation [tag]M.I.A.[/tag] stormed the stage and delivered a dazzling performance to all the fans and occasional blokes in the audience alike. However, after such an awesome spectacle (and during it a few time, if you think about it) she said this was her last show and she’d quit music. I thought this was rubbish at first, seeing how she’s such a promising artist, however rumors that she’d quit music to concentrate more on her upcoming clothes line seem more veridical, especially after the ‘trailer’ for the line on her website, something about “The Real Pirates of the Caribbean”. I’m still not sure how much truth I should give to her statements, but still, I feel a bit dishearten. Check out the song that plays through the video, mixed by G Force. [big thanks to GvB to plugging us in on the video and mp3]