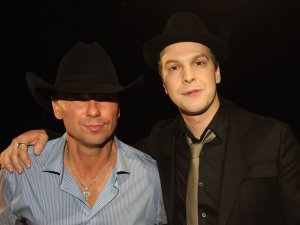 The country winners of the years were announced, and here’s something new – this year there are actually awards not won by Tailor Swift!

Kenny Chesney’s duet with Tim McGraw – “Feel Like a Rock Star” got the big prize, being crowned the CMA Musical Event of the Year, while Toby Keith’s “Red Solo Cup” won CMA Music Video of the Year. Chesney — who has the potential tonight to set a record for the most wins in the category of Entertainer of the Year—will perform at the gala.

Other notable nominees include married couple Blake Shelton and Miranda Lambert, who each scored four nominations, as well as seven-time CMA winner Taylor Swift, who will go head to head with Kelly Clarkson, Martina McBride and Carrie Underwood for Female Vocalist of the Year.