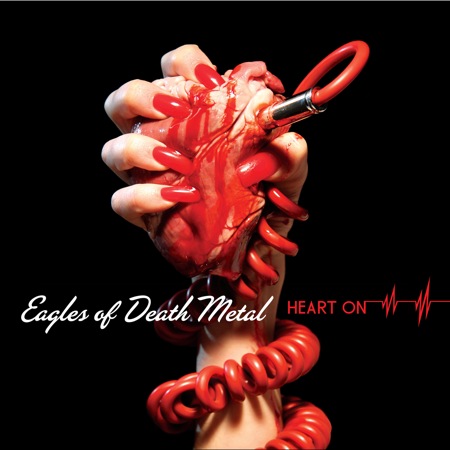 Although he’s been under some heavy critique lately, especially after that little Norwegian Wood incident, Josh Homme is still a more then capable artist, and last year’s Era Vulgaris more then proves that. However, QOTSA isn’t the only thing keeping him busy, as his garage side project with Jesse Hughes, Eagles of Death Metal, is prepping to release a new album in October. Those familiar with the band know the band shines with devilish eccentricity, balanced with a good dose of heavy rock’n’roll, that simply makes them irresistible on live shows. Anyway, my anticipation for the Heart On has been even more amplified by it’s beautifully interesting cover art. Check it out bellow and share your baffled thoughts.