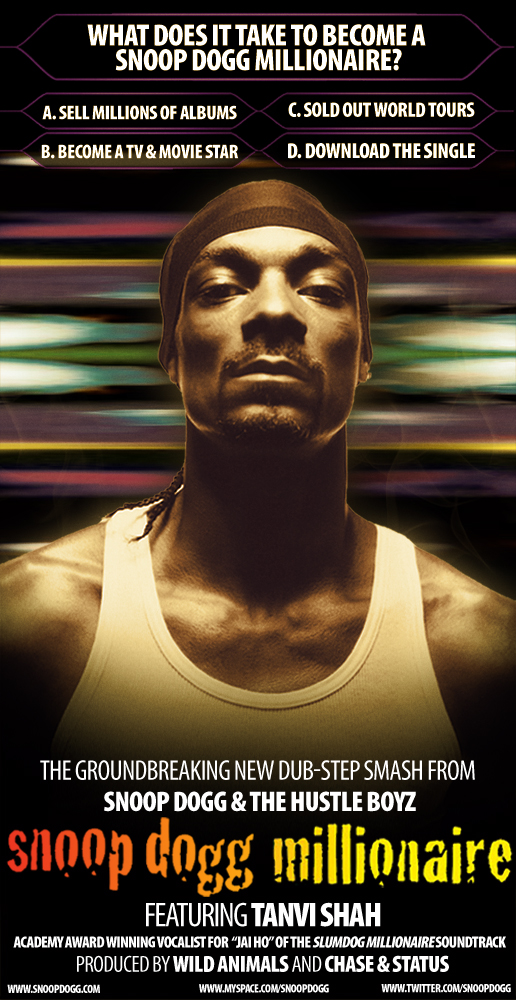 Academy award winning pics and successful movies in general have almost always been followed by spoofs, either under the form of a movie, a TV show or …erhh music!

Snoop Dogg’s latest track is a collaboration with Tanvi Shah, one of the featured artists on the Slum Dog Millionaire soundtrack, called “Snoop Dogg Millionaire“, an interesting hip-hop spin off. The single does well in mixing hardcore beats with oriental harmonies, as Snoop raps on about his millions.

“Snoop Dogg Millionaire” was produced by Wild Animals and Chase & Status; it also features the Hustle Boyz on the chorus. Los Angeles’ Wild Animals (John Legend, Kurupt, Murs) is one of music’s hottest up and coming production duo. UK’s Chase & Status won the Best Album Award at the 2009 Drum and Bass Awards.”