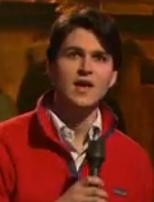 The song is scheduled to appear on VW’s upcoming new album, which has yet to receive a name or release date, although it will most likely be out sometime in fall, according to the band. Let’s just hope the band won’t get hit by the dreaded sophomore slump and release yet another successful LP.