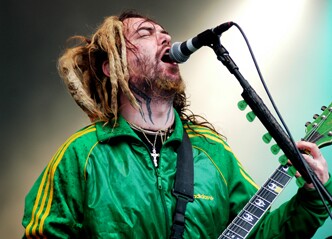 Max Cavalera, who also played in Sepultura, Soulfly and Cavalera Conspiracy is now forming yet another group which promises to bring something big to the table. So far, they don’t have a name, but the metal god will join Greg Puciato of the Dillinger Escape Plan, Troy Sanders of Mastodon and former Mars Volta member Dave Elitch.

This however shouldn’t be confused Giraffe Tongue Orchestra, another supergroup in-the-making that features a rather suspiciously similar line-up, including rent Hinds and Ben Wienman (also from Mastodon and The Dillinger Escape Plan, respectively) with the addition of the also ex-The Mars Volta Jon Theodore and Eric Avery from Jane’s Addiction.

Cavalera gave an interview on a radio in Singapore. They plan to start writing in December, recording in January, and the guys seem pretty thrilled so… we’ll just wait and see what happens.