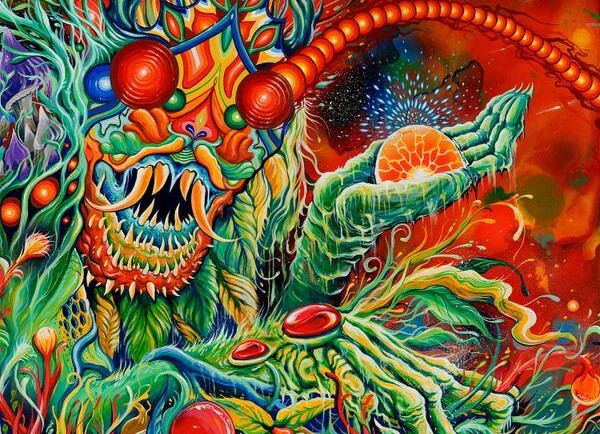 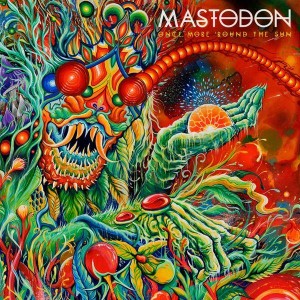 Mastodon – Once More ‘Round The Sun Source

The metal American band just released a very colorful audio visualizer  for Chimes at Midnight which is one of the songs from the band’s upcoming album, Once More ‘Round The Sun. The album is set to be released on June 24 via Reprise and it contains 11 tracks as it follows:

It seems that Once More ‘Round The Sun will be a continuation of their latest studio album released back in 2011, The Hunter, according to the band’s bassist and vocalist, Troy Sanders. Also Bill Kelliher said that they were very influenced by Alice in Chains and Deftones for this new album:

We’re always trying to surprise ourselves and write something that’s new and fresh. It’s definitely got the elements of “The Hunter” in there, but also [of] ‘Remission’ and some heavier stuff. There’s a lot of different influences, from Alice in Chains to Deftones. There’s a lot of rock going on.

Speaking about the album’s theme, Bill says that it is “Death”(not the band):

It always makes for really good story telling. It’s kind of the theme that we have a lot in our music. We’ve had a lot of friends pass away since the last record. I’m not really sure yet. I think we’re kind of focusing more about living on this earth and what would happen if this was your last year to live. I think that’s sort of maybe a little bit of what we might be kind of touching on.

Check out Chimes at Midnight below!