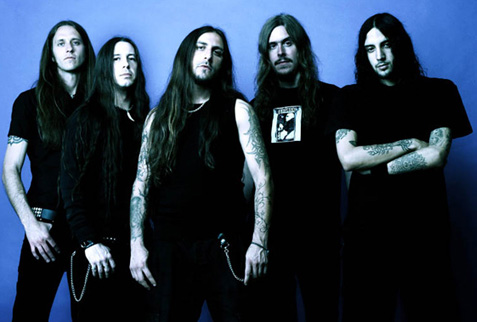 Opeth are often credited to be among the masterminds behind progressive metal, and despite the fact that they haven’t achieved commercial success, the Swedish metalers are still among the titans of the genre. Now, they are proud to announce Watershed as the title of their forthcoming album, which is set for June 3rd, 2008.The band was recorded in Swedish homelands and was produced by frontman/guitarist Mikael Akerfeldt and Jens Bogren; it promises to be a masterpiece and to continue the time-honored Opeth tradition. The sound is classic but always young, progressive but old school, it’s just Opeth.

Watershed appears to be one of those classic pieces of art which cycle through a variety of moods and which will be listened a whole lot of time from now. It combines elements from metal, prog rock, free jazz and hints of European folk music.

They all bring together a harmony which is hard to describe in words, but which you should listen to. Unfortunately, it seems there is only going to be a handful of tracks, which are as follows:
01. Coil
02. Heir Apparent
03. The Lotus Eater
04. Burden
05. Porcelain Heart
06. Hessian Peel
07. Hex Omega

Opeth will hit the road in April with Dream Theater, 3, and Between The Buried And Me.