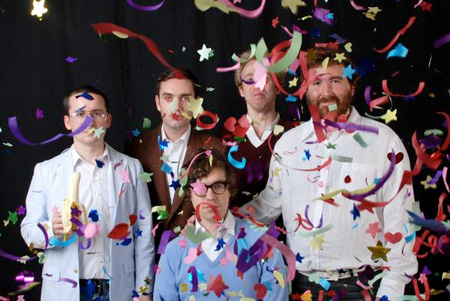 Hot Chip + Fake Blood = Awesomeness! Lately, I’ve really began to get into Fake Blood’s brilliant remixes, mostly because I love the way he takes other people’s music, mashes up, adds a bit of ‘fake blood’ and cinnamon and makes it his own. His latest remix is that of “Touch Too Much,” originally played by Hot Chip, off Made in The Dark. Check it out the mp3 bellow, as well as Fake Blood’s other remixes on his myspace.