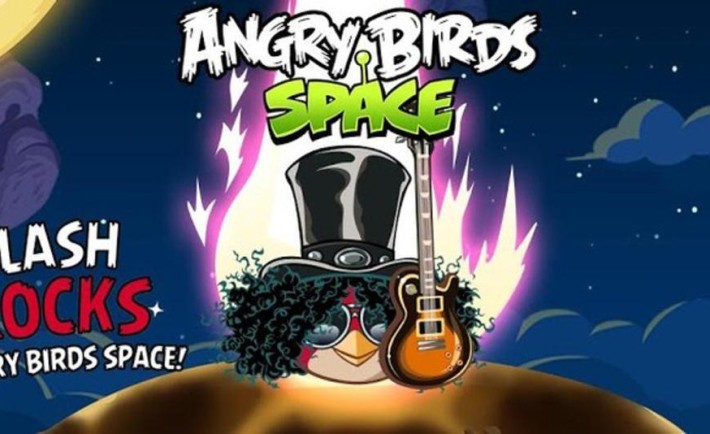 Along with the new theme song and a portal to purchase Slash’s music right from Angry Birds Space, there’s another surprise for fans of the game: Slash himself will be a part of the game. The Slashbird appears in the game, along with on special edition posters and upcoming t-shirts. 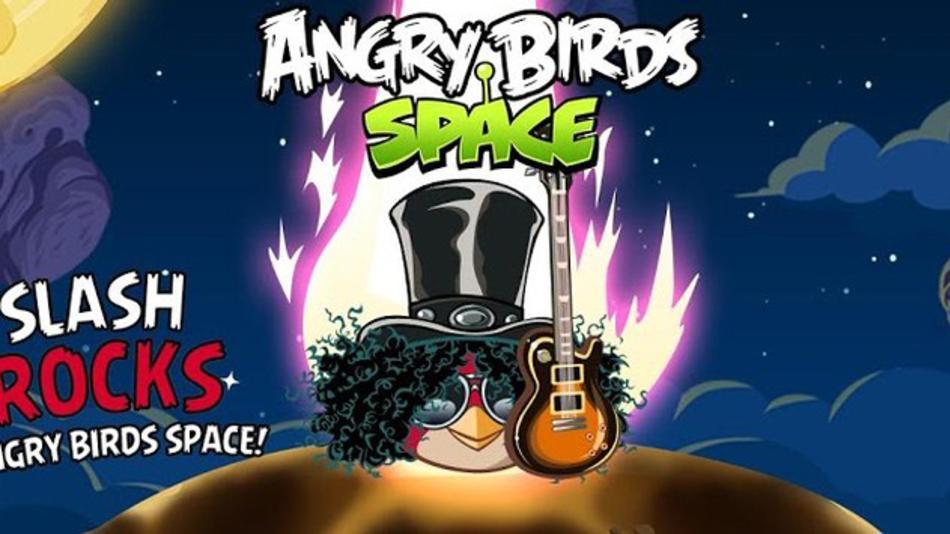 “One of the coolest things about being me is that people think I’d make a cool cartoon, and to be an Angry Bird was so flattering,” he says. “I’m personally a huge fan of all kinds of animation.”

Apparently, he’s a real geek for the game, and it was actually himself who proposed this character – and it all started in Finland, where he was asked about his opinion on Angry Birds:

“I walked in and it was massively colorful. There were Angry Birds gummies and sodas and giant plush toys and Legos,” he says. “It sort of let my inner nerd come out.”

As it turns out, things moved quickly from there on:

“Once a bunch of Rovio employees came backstage to my show later, only then did we start talking, It was so cool,” Slash says. “I managed to find out who designed [Angry Birds] Space and who wrote the theme song.”